By Marie Montondo26th August 2015 No Comments 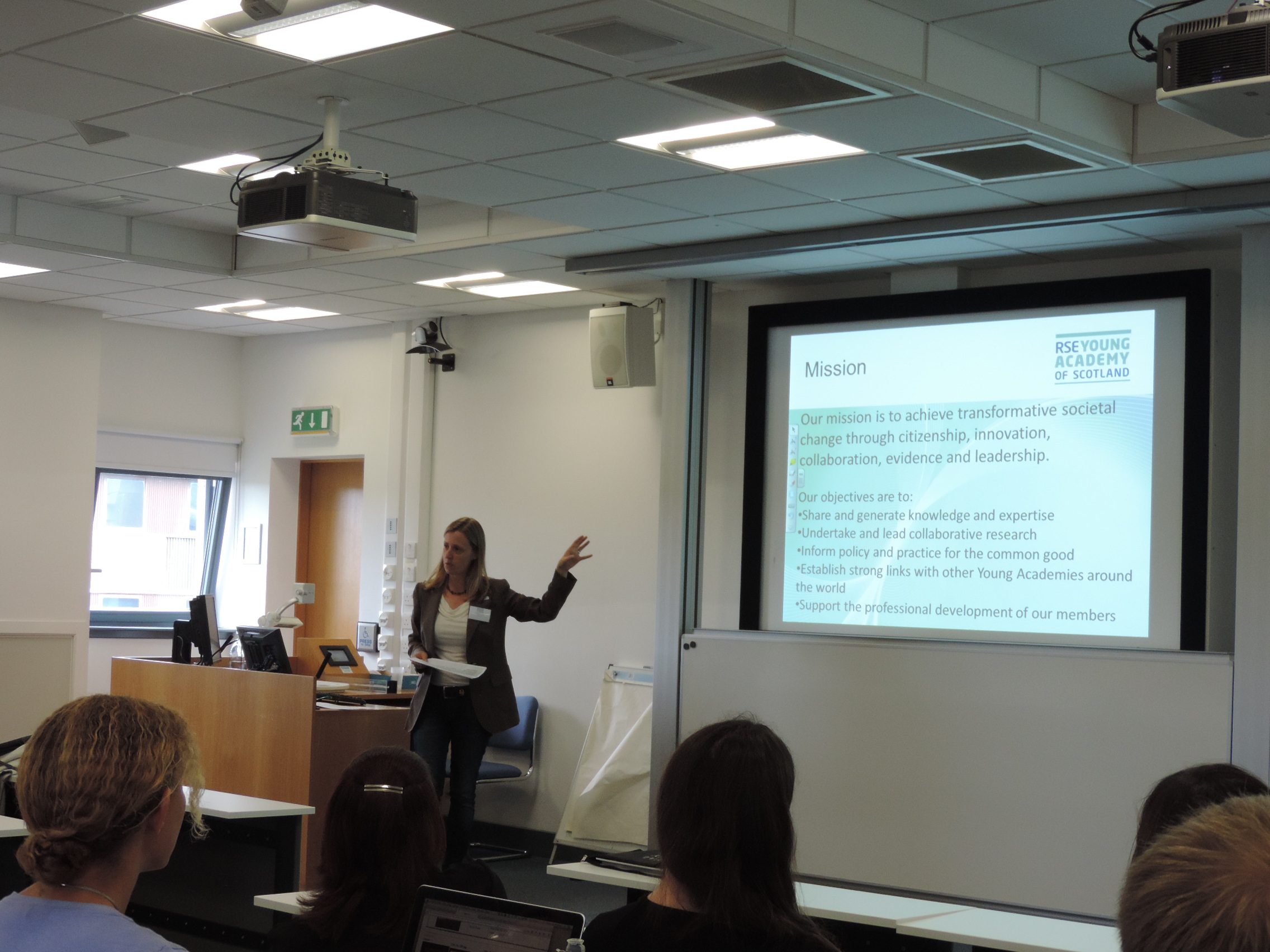 YAS held its 2015 AGM at Heriot-Watt University on 26-27th August. The meeting acted as an internal launch of 2020 Vision, their 5-year strategic plan, and featured a presentation of YAS’s 6 core strategic themes,  After the Facilitating Group introduced the strategic plan, working groups broke away to discuss how their plans align with these strategies.

A new Working Group was introduced to YAS, Food and Drink. This group will encourage engagement and collaboration with food and drink research in Scotland across universities and sectors, connecting academic researchers with the food and drink industry, public policymakers, charitable organisations, and the general public.  Their main activities will be to organise themed interdisciplinary networking events and collaborate with other organisations to develop public outreach projects; these events and projects will focus on key topics of current importance in relation to food in Scotland and beyond.

The AGM marked the end of term for two Facilitating Group (FG) co-chairs, Neil McLennan and Lisa DeBruine. The remaining co-chairs emphatically thanked Neil and Lisa for their two years of very hard work and dedication to YAS.

Following a call for new FG co-chairs in July, two individuals were nominated for the open positions:  Paul Brennan and Stella Chan.  These members were officially inducted into the FG on 27th August. The remaining and outgoing FG members congratulated Paul and Stella, wishing them the best of luck in their terms as co-chairs.