The Politicians and the Professionals – Nicola Sturgeon

By Young Academy of Scotland15th January 2014 No Comments

On 15th January 2014 the Deputy First Minister, Nicola Sturgeon MSP, gave a positive and clear exposition of her unwavering support for Scottish Independence in her “Choice 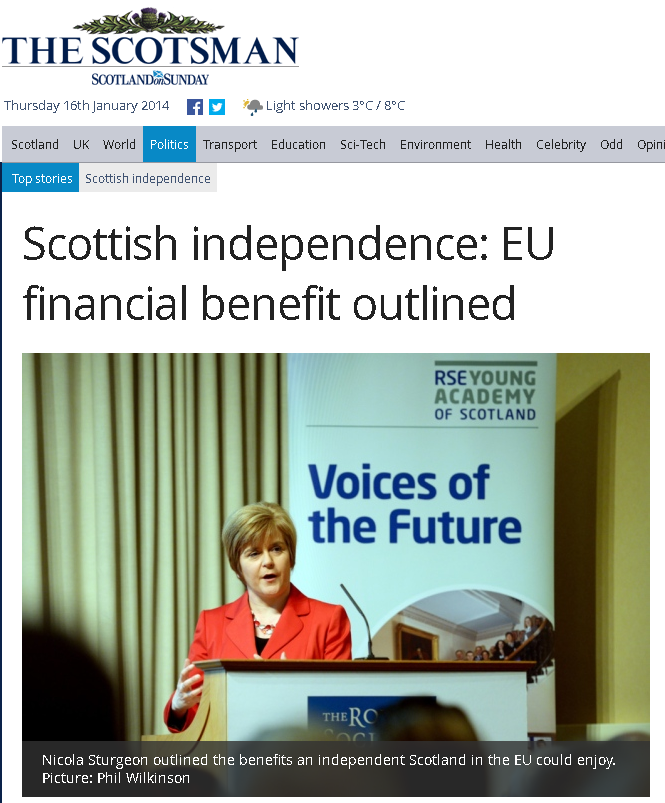 Between Two Futures” speech – but it could have been that very unwavering positivity which knocked the edge off the argument for some of the sceptical enquiring minds in the audience.

The speech, to an overflowing house at the RSE, marked the first in the 5-week series of seminars in which Ms Sturgeon along with the leaders of the other four parties represented at Holyrood will give their considered thoughts on the implications of constitutional change for Scotland.

A central feature of the series is that the speech is then followed by a full thirty minutes of questioning from the audience drawn from members of the David Hume Institute and the Young Academy of Scotland alongside the professional body sponsors of the series and members of the public.