By Marie Montondo25th February 2016 No Comments 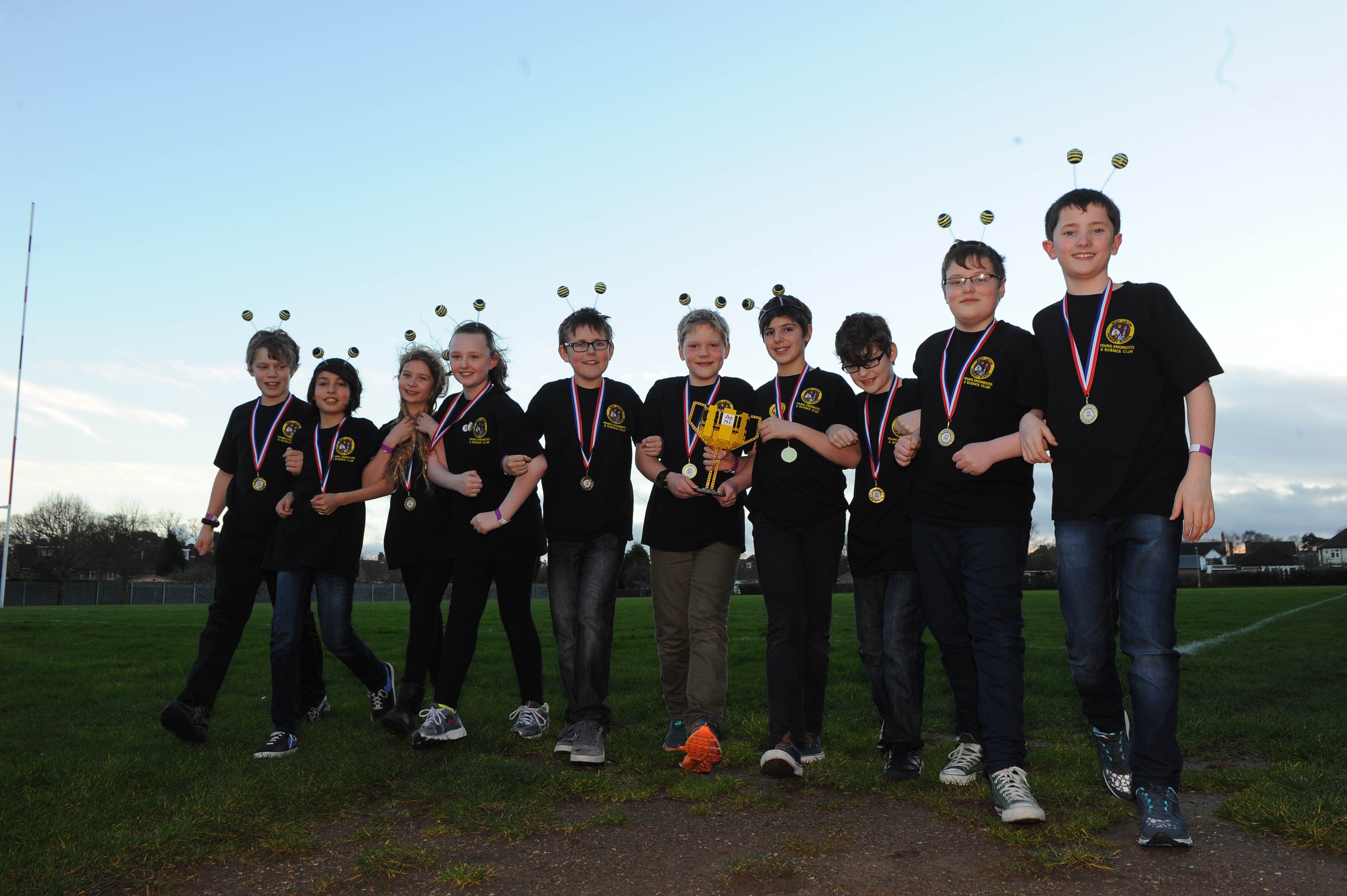 A team of students from West Linton Primary School in the Scottish Borders has won the Institution of Engineering and Technology’s FIRST® LEGO® League (FLL) UK and Ireland Final, which was attended by Secretary of State for Education, Nicky Morgan. The winning team has been invited to compete in the FLL World Festival in St. Louis, USA.

The science and technology challenge, which is aimed at 9-16 year olds, tasks teams to solve real world problems with the help of a robot. This year’s challenge, which was announced across the world in August, requires young people to identify a real-world problem in the way that waste is dealt with, investigate it and come up with an innovative solution. They also had to design, build and program an autonomous LEGO MINDSTORMS robot to tackle a series of waste-related missions.

The winning team ‘West Linton Wasps’ impressed judges with their advanced robotics skills, as well as their project, which investigated the problem of wasted vegetables from school lunches. After finding that 60 per cent of vegetables were being wasted, the team introduced an incentive scheme where children earned tokens for eating vegetables, which earned prizes for each class. The school has seen a 47 per cent reduction in wasted vegetables and hopes to extend this scheme to other local schools.

Gail Jackson, one of the team’s coaches at the Young Engineers and Science Club at West Linton Primary, said: “We had an amazing, never to be forgotten day. The children loved the whole experience and can’t wait to take our robot and our project presentation to the World Championships!”

President of the Institution of Engineering and Technology, Naomi Climer, said: “The IET runs competitions like the FIRST LEGO League in order to show young people how creative, exciting and rewarding engineering can be. In order to tackle the engineering skills gap we need more graduates to enter the profession, and this can only happen if more school-age children are attracted to, and choose to study STEM (Science, Technology, Engineering and Maths) subjects – competitions like FLL are therefore vital.”

At the final each team, of up to ten 9 to 16 year olds, was tasked with designing and programming a LEGO MINDSTORMS robot and using it to solve problems and tasks. The runners up were the ‘Rubbish Runners’, a team of home schooled students from across London.

Expectations are high this year as past UK and Ireland finalists have gone on to be crowned FIRST LEGO League World Champions at the global final in America.

The West Linton Wasps won a place in the FLL UK final after seeing off fierce competition from teams across Scotland. They were crowned Champions at the Dundee regional heat which was organised by Lambda Jam and the RSE Young Academy of Scotland with support from Skills Development Scotland who were keen to see the competition grow as part of their Digital World campaign, aimed at changing attitudes and promoting careers in the digital technology sector.

ComputingEngineeringFirst Lego LeagueScotlandSTEM
By continuing to browse the site you are agreeing to our use of cookies.