By Marie Montondo17th December 2015 No Comments 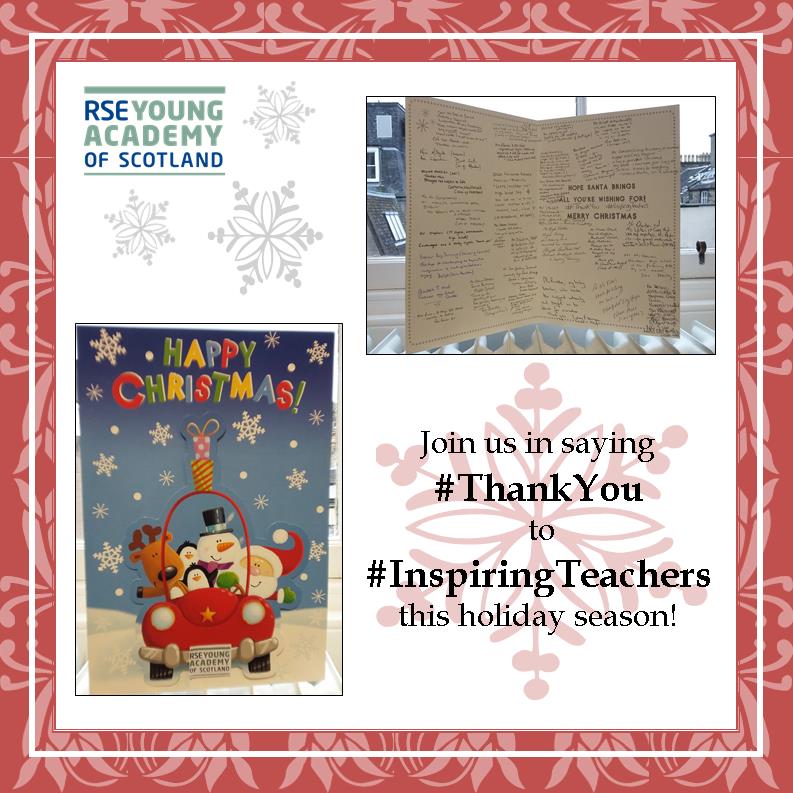 Members of the Royal Society of Edinburgh Young Academy of Scotland (YAS) have just launched a campaign asking everyone in Scotland and across the world to say “Thank You” to inspiring teachers.

At their 2015 Winter Plenary Meeting, YAS members signed a large Christmas card for teachers as well as tweeting out their messages of thanks using the twitter hashtags #thankyou #inspiringteachers.  Their interdisciplinary membership reflected on inspiring teachers from all subject areas.  It is hoped that “thank you” messages on twitter highlighting inspiring teachers will continue from the last week of school term right through to New Year’s Day.

A significant issue for schools is the recruitment of teachers and in particular STEM (Science, Technology, Engineering and Maths) teachers.  Earlier this year the Education and Lifelong Learning Cabinet Secretary, Angela Constance, started a twitter campaign #inspiringteachers.  This campaign encouraged people to remember and share which teachers inspired them whilst raising the profile of the profession.

YAS member and former General Secretary, Neil McLennan said, “We wanted to thank teachers for the skilled and dedicated work they do supporting young people.  At the same time we wanted to raise awareness of teaching as a career.  The holiday season is a time of renewal and New Year vows.  It would be magnificent if the campaign sparked more talented people to serve our communities by being encouraged into the teaching profession.”

Ms Constance said “The Scottish Government is committed to ensuring we have the right number of teachers, with the right skills, in the right places to support all our young people to learn and to flourish. 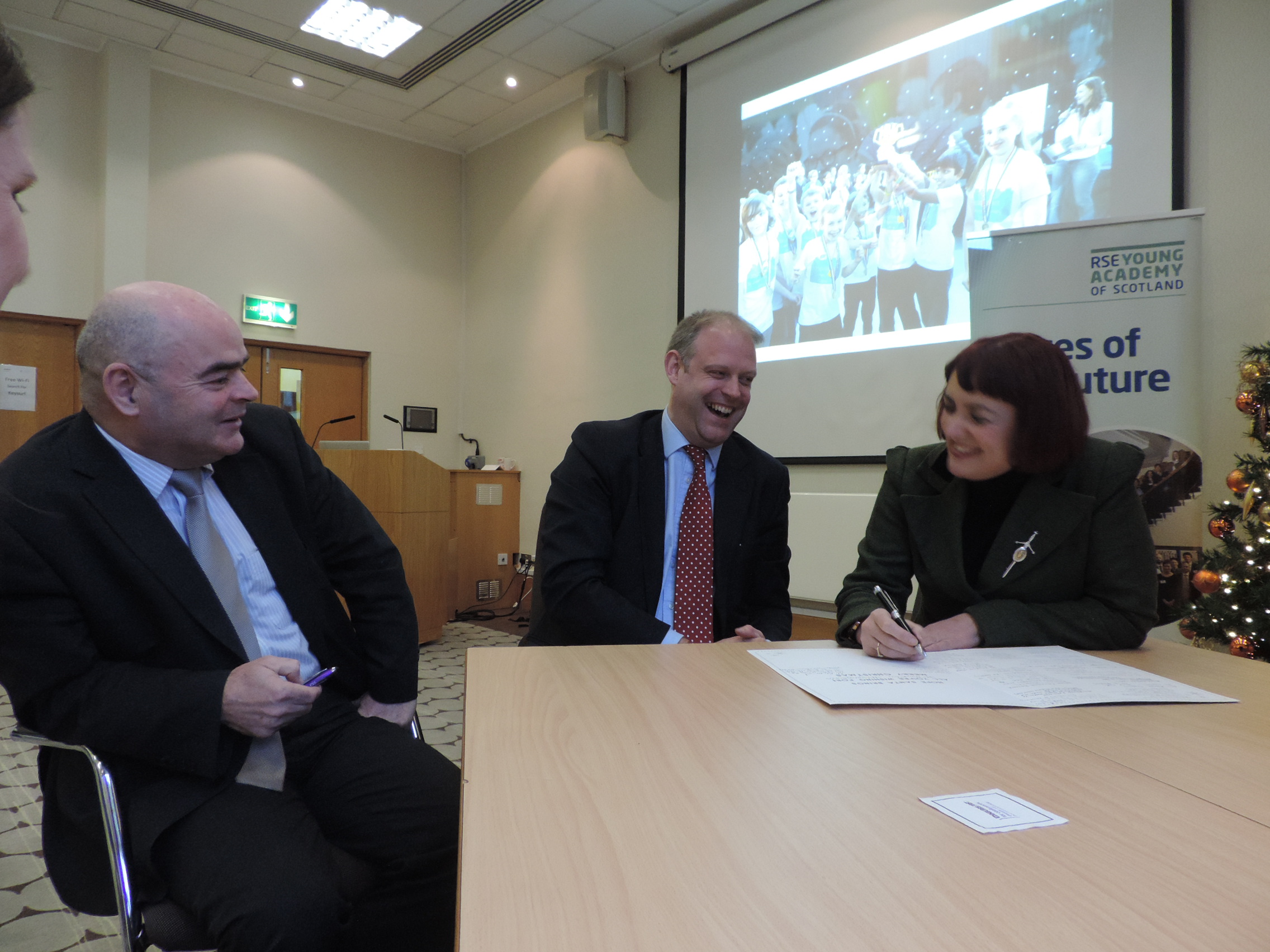 As we approach the end of another successful year for Scotland’s schools, it’s a good time to say ‘thank-you’ to teachers up and down the country who are helping shape the lives of the next generation.

Through the #inspiringteachers campaign we are highlighting this vital, rewarding and highly-valued work, while seeking to ensure that many more talented young people decide to pursue a career in the teaching profession.”

Another signatory was Larry Flanagan, General Secretary of the largest teaching union, the EIS.    He said, “As a teacher I  always gained inspiration from my pupils, especially their sense of hope and adventure and I am always delighted when I meet former pupils and hear how they are getting on.  Teaching is about relationships; and teachers can make a difference.”

Other signatories include Professor Sue Black of Dundee University and Professor Do Coyle of Aberdeen University.  YAS hopes more people from across Scotland will join in the coming days and weeks via the twitter hashtag #ThankYou #InspiringTeachers. 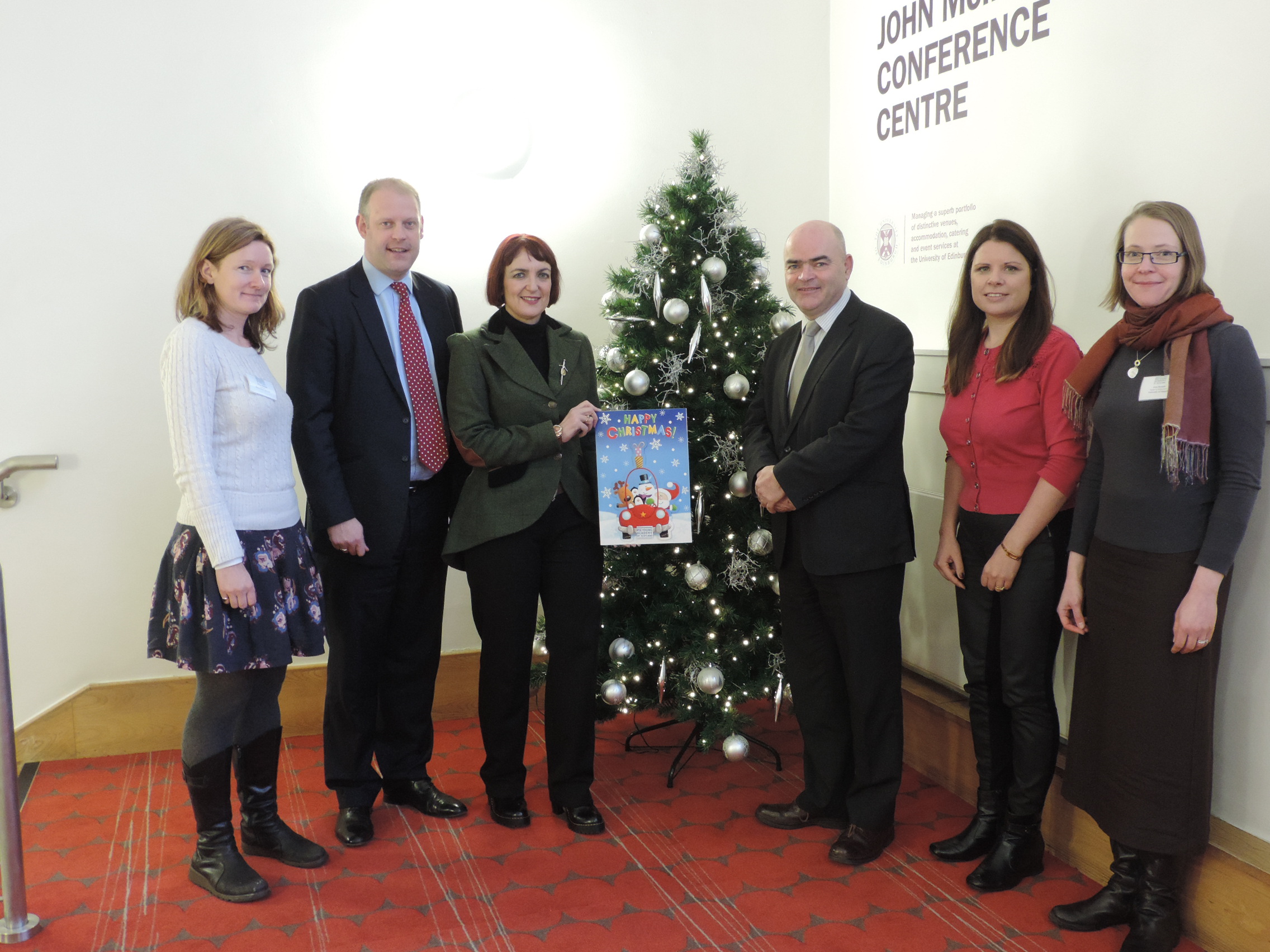 AspirationalAdviceschoolssocial media
By continuing to browse the site you are agreeing to our use of cookies.