By Marie Montondo15th November 2016 No Comments

On 13th October 2016, the Scottish Prison Service celebrated the International Day of Prison Education with a series of learning activities at HMP Barlinnie. The Young Academy’s Working Group “Arts, Humanities & Society” sponsored Glasgow-based “Street Cones” to deliver a morning workshop for some of the men at HMP Barlinnie, culminating in a performance later in the day in front of an audience of peers, staff and representatives of partner organisations. 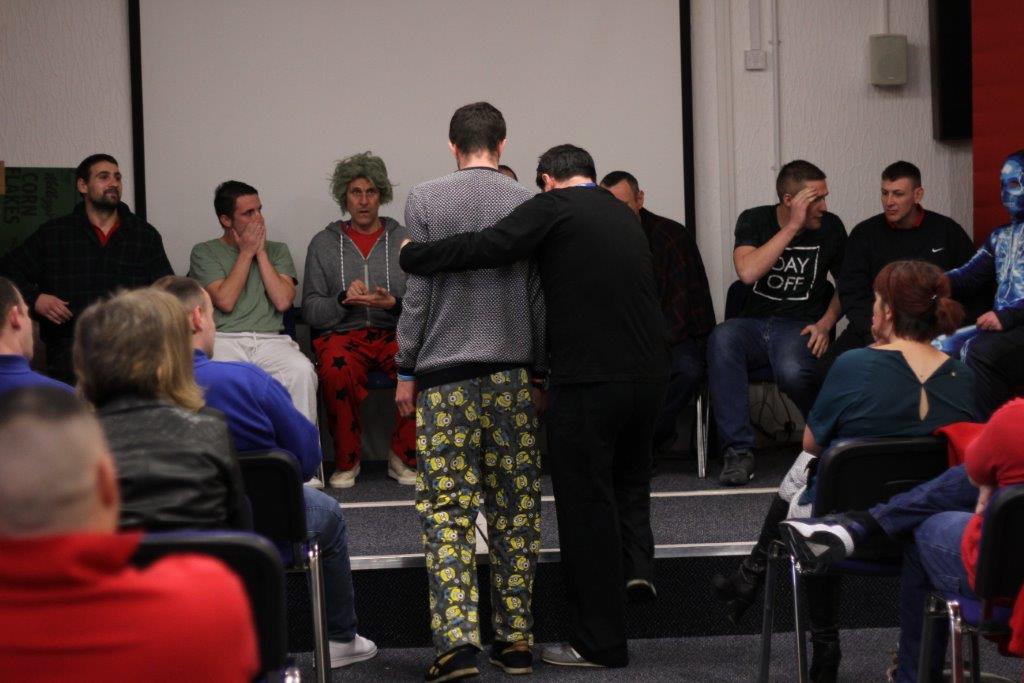 “Street Cones” is a non-profit organisation consisting of people who have experienced the criminal justice system and who are now engaged in preventive community work with at-risk young people. They have a strong commitment to mentoring and peer support to preclude substance misuse, offending and re-offending behaviour.

The day at Barlinnie also involved other performances delivered with colleagues from National Museum of Scotland, Citizens Theatre and Govan community-based choir. Guests were able to admire some artwork on display. The winners of an arts and writing competition on the role of prison education, with submissions from over one hundred men and women in prisons across Scotland and in Ireland, were announced on the day.

Young Academy member Anne Schwan acted as one of the judges for the competition, alongside Jim King, Head of Offender Learning at the Scottish Prison Service, Lucy Macleod (Open University) and Marguerite Schinkel (Glasgow University). Some of the winning entries will be displayed in the European Prison Education Association Magazine, which is currently produced by an editorial team based inside HMP Barlinnie. Arts and Humanitieseducation
By continuing to browse the site you are agreeing to our use of cookies.