By Young Academy of Scotland9th February 2015 No Comments 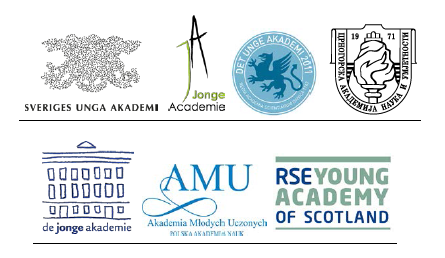 In an open letter to the President of the European Commission, Jean-Claude Juncker, various Young Academies from around Europe have expressed deep concern about proposed cuts to the EU research budget, Horizon 2020. The proposal strikes particularly hard against young researchers. In an intiative led by the Young Academy of Sweden, the young academies of Belgium, Denmark, Montenegro, the Netherlands, Poland and Scotland have all signed the letter.

The funds divested from Horizon 2020 are intended to finance the new investment fund European Fund for Strategic Investments (EFSI). While the academies agree that new initiatives are necessary to address the current financial crisis, cutting back on science to fund such initiatives will only harm the Union’s economy further, with particularly severe consequences in the long-term. As such, the proposal is directly counterproductive. Indeed, science provides the increased knowledge about ourselves and our world that generates novel inventions and solutions to societal challenges. New discoveries, insights and innovations are fundamental building blocks for prosperity.

The proposal is affecting the very essence of the Union: integration and cooperation between countries. Science transcends national boundaries and implementation of new knowledge is seldom constrained to individual countries. Collaboration among researchers from various EU states is among the most efficient ways to strengthen the integration of the Union.

The proposal undermines competitiveness and mobility for young researchers
Two of the proposed cuts strike particularly hard against young researchers. This includes a substantial down-sizing of the budget of the European Research Council (ERC), which provides long-term funding of research of the highest international standards. The lion’s share of the ERC-grants are awarded to young investigators in the process of setting up their own research, providing a powerful tool for Europe in the global competition for scientific talent. Secondly, the cuts target the Marie Skłodowska-Curie actions that enables young scholars at the post doc-level to advance their skills abroad. The Curie grants fund European scientists who travel abroad to increase their competence as well as incoming scientists from all over the world who enrich the universities of Europe with their expertise.

By reinforcing, not undermining, an ambitious and internationally competitive research funding program President Juncker and the European Commission can equip Europe for the future.
The Academies therefore urge President Juncker to reconsider the proposed cuts in the Horizon 2020 budget.

EUEuropean CommissionHorizon 2020Jean-Claude JunckerScience Funding
By continuing to browse the site you are agreeing to our use of cookies.