By Marie Montondo12th October 2015 No Comments 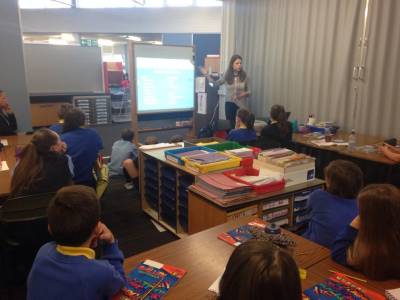 YAS researchers and professionals are hosting workshops in primary schools across the Scotland to help children understand how research becomes headline news.

The workshops are a part of Rewrite the Headlines, a competition which encourages students to critically evaluate information they come across in the media. It’s being run by the academics and researchers behind Research the Headlines, a blog created by members of the RSE Young Academy of Scotland which discusses research and the media.

Members of the Research the Headlines are hosting workshops in participating schools which explore recent examples of research that have been reported in the media.  These examples will highlight good reporting as well as showing where inaccuracies can sneak in.

Resources will also be made available to any schools who wish to run the workshops themselves.

After the workshop pupils will be asked to find their own of media reports of research, and give it a new headline. The school with the best headline will win books or technology of their choice up to the value of £1000. The competition runs until 30 November 2015, with prizes being announced at an event in January 2016.

For more information or to register a school for the workshops and competion, visit the Research the Headlines website.

research the headlinesrewriteschoolsworkshop
By continuing to browse the site you are agreeing to our use of cookies.