By Marie Montondo1st March 2016 No Comments 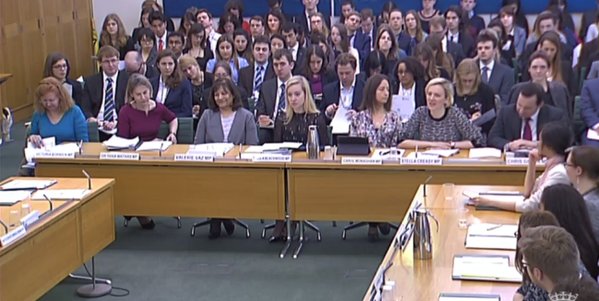 Members of the Young Academy of Scotland today are joining young scientists from across the UK to question MPs about the science issues that matter to them.

At the annual Voice of the Future event, young scientists take committee seats in Westminster’s Boothroyd Room, while MPs from the Select Committee on Science and Technology take the witness seats.  This reversal of the normal select committee format aims to engage young scientists in the political process, as well as emphasising the importance of evidence-based decision making in government.

At this year’s event, Major Tim Peake sends a video message from the International Space Station, answering questions from the Chair of the Science and Techonology Committee and others.

Voice of the Future 2016 may be watched live via ParliamentLive TV, and will also be available after the fact on the Science & Technology Select Committee webpage.  Live updates about the event are also being posted on Twitter via the hashtag #VOF2016

The YAS Members involved in Voice of the Future 2016 are:

Photo above c/o The Royal Society of Biology, which coordinates Voice of the Future.

parliamentpoliticsscienceVoice of the FutureWestminster
By continuing to browse the site you are agreeing to our use of cookies.