By Marie Montondo2nd February 2016 No Comments 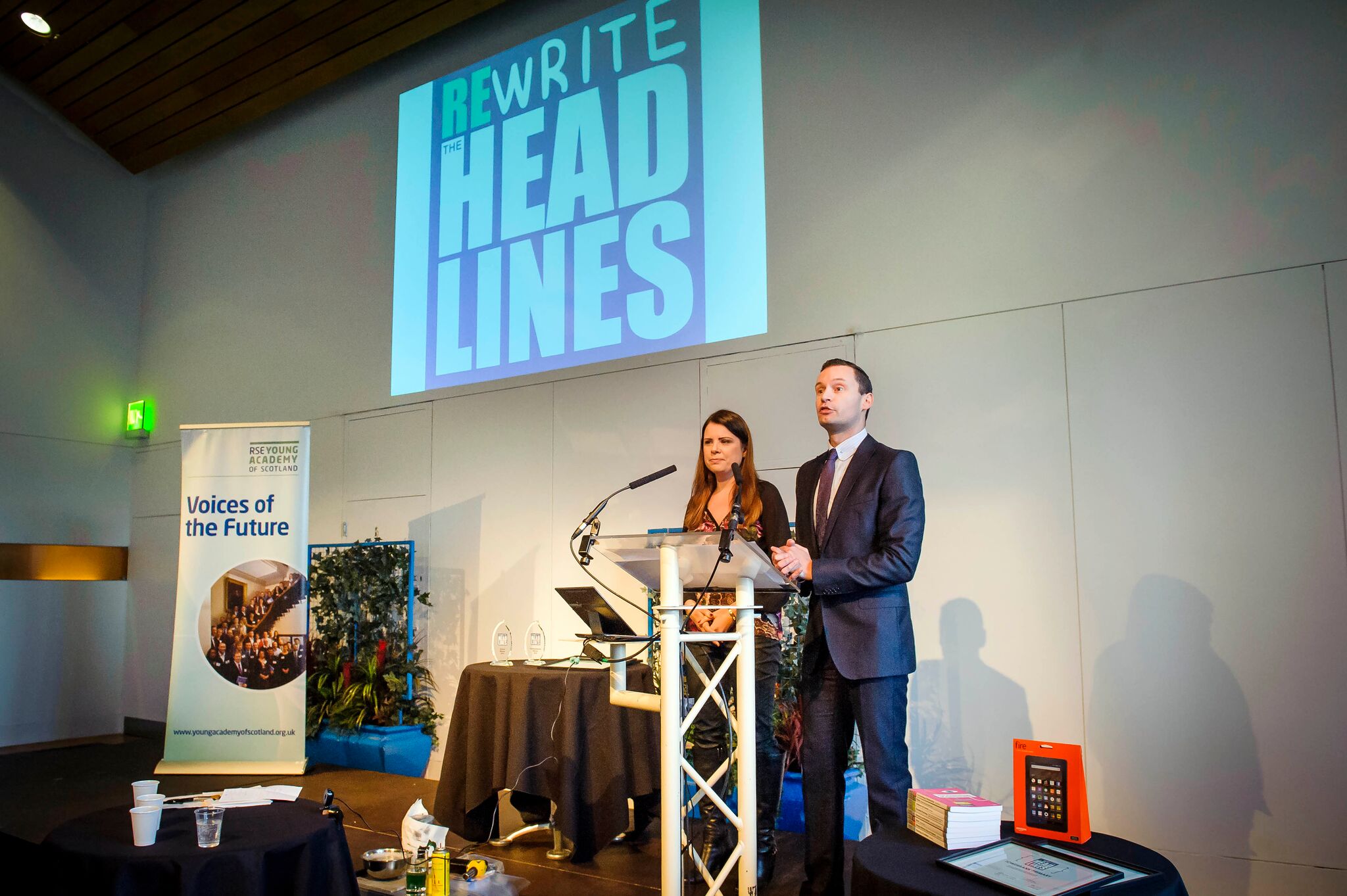 The Young Academy of Scotland’s Research the Headlines Working Group has announced the winners of Rewrite the Headlines, its national competition to engage schoolchildren and undergraduate students in critical evaluation of media stories.

The competition, which ran through Autumn 2015, challenged participants to examine the research behind popular news stories.  In addition to encouraging critical evaluation of the news, the programme helped young people better understand what research is, how it gets translated from specialised areas to popular media, and then how they might translate it back.

The winning primary class, from St Roch’s Primary and Hearing Impaired School, Glasgow, turned the recent headline ‘Processed meats do cause cancer – WHO’, into ‘Eating processed meat slightly increases risk of cancer’. The research story was one which had generated a lot of interest and confusion when originally released and the judges were impressed with how the class explained their new headline.

The winning undergraduate entry was from Abbey Wrathall, a student at the University of Edinburgh. In her blog entry entitled ‘So, should you wait until Monday to take your child to hospital?’, Abbey explored recent media coverage about whether weekend versus weekday hospital admissions might be associated with poorer outcomes. This topic is still very much in the news, and the judges recognised the importance of careful reporting given that it might directly affect the choices which people make.

The winners were honoured at a prize-giving ceremony at Our Dynamic Earth in Edinburgh on 28 January. Several runner-up and special subject area prizes were also awarded to primary students and undergraduates at this event.  The full list of winners may be found herehere From 1st February, winning undergraduate entries will be released daily at on the Research the Headlines blog.

The Rewrite the Headlines competition was supported by the British Academy with additional support from the University of Strathclyde.

competitionmediaresearch the headlinesrewriteschools
By continuing to browse the site you are agreeing to our use of cookies.