By Sarah Virgo29th June 2017 No Comments 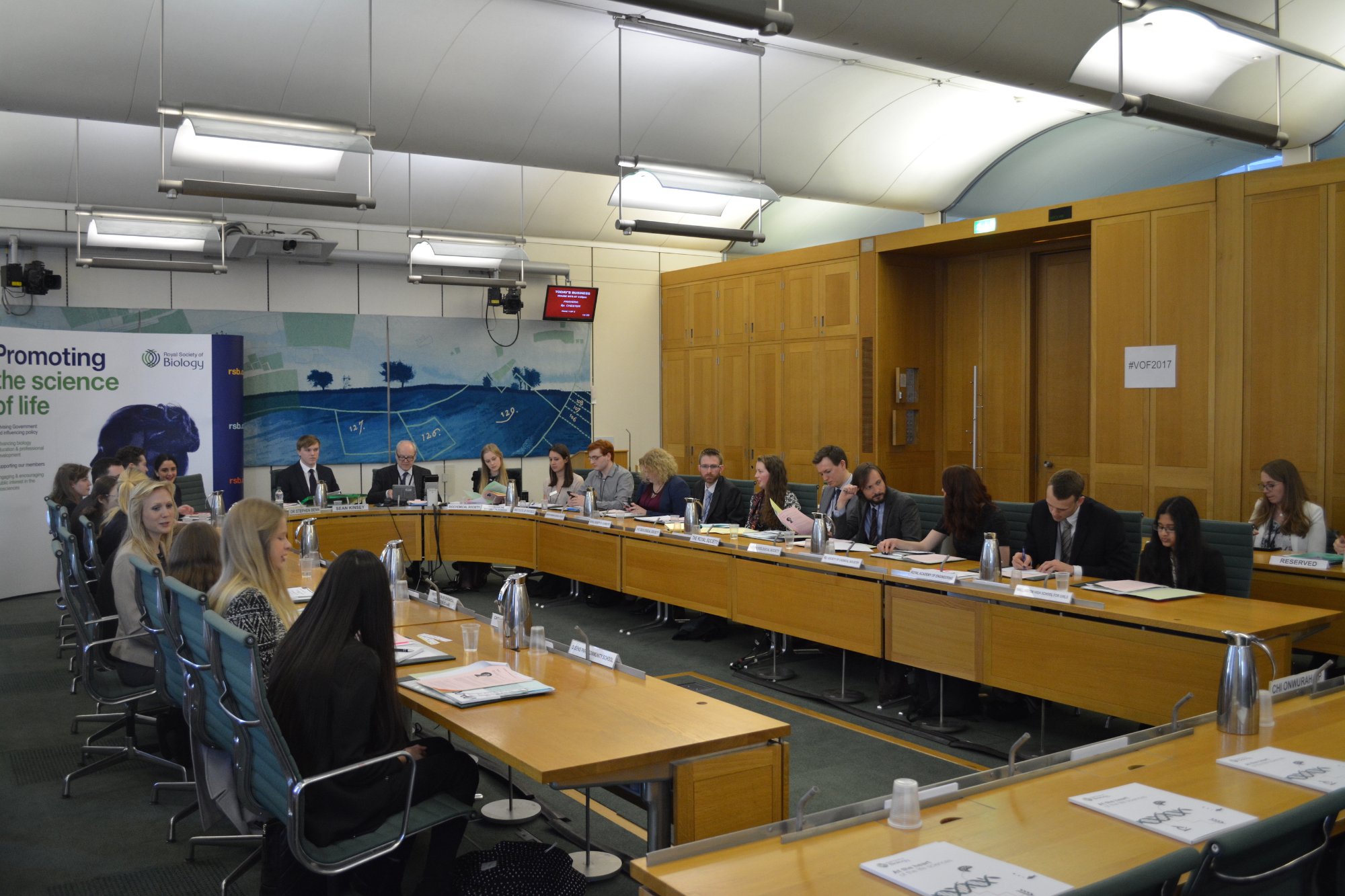 On 15th March 2017, one of our YAS members, Ian Le Bruce, represented the Young Academy of Scotland and the Royal Society of Edinburgh at Voice of the Future 2017.

You can read his write-up on the event below and his other articles on LinkedIn here.

A few months ago I had the privilege of representing The Royal Society of Edinburgh and the Young Academy of Scotland at the Houses of Parliament for a discussion around the future of scientific policy in the UK. It was a great experience to see the inner workings of Parliament and provided a platform for the organisations present to voice their questions straight to the decision makers at the top.

The event was well attended by a variety of MPs and was split into four distinct sections. The first was chaired by Chi Onwurah MP, who is the shadow minister for business, innovation and skills. As one of the most prominent black MPs in the UK, Chi discussed the importance of opportunity through diversity across all areas of the UK. Chi also talked about the Labour industrial strategy consultation which launched at the start of the year with the aim of ensuring that 60% of our energy comes from low carbon or renewable sources by 2030. Chi re-iterated her thoughts on Athena SWAN and committed to encouraging females into careers in STEMM subjects. (Science, Technology, Engineering, Maths and Medicine). In relation to Brexit, Chi said that we need to start to value our status in science before we lose it, before making it clear that the UK welcomes people of talent from around the world and that this will never change.

I asked the following question to Chi: “Do MPs have the time to listen to and understand scientific policy in a 140 character, post-truth world, and if so, how can we ensure that real science trumps science fiction?”

In response to the “Trump” line, Chi enforced the importance of government commenting on fake-news appropriately and made a fact of saying that “science is science” and should be kept separate where possible. Chi also talked about the role that the media plays and that they should perhaps be regulated further around what they post.

The second discussion was with Chief Scientific Advisor, Sir Mark Walport who recently published a report on the importance of forensics, which is adapting and is no longer just a tool for the justice system and emphasised the need to distinguish the reasons for negative results. He commented on the effect UK practice will still have on EU law post-Brexit. Part of this being down to how well placed we are in the tech industry, having a strong regulatory regime allowing for it’s potential. Mark stated that our biggest problem going forward is around making the whole greater than the sum of parts, which is a risk due to the increased specialisation in the marketplace. He suggested encouraging partnerships between institutions and increasing the amount of post-grad training available. On the topic of funding, he stated that funding cycles need to be made long enough to allow groups to achieve something useful. A number of the questions towards Mark were around the privacy of personal data which has been becoming more lax over the last decade. He emphasised that the need to share patient data was there, both to help sick patients and also to improve overall health and the services that deliver them.

Jo Johnson MP, the Minister of State for Universities and Science led the third panel discussion. Unsurprisingly a lot of the initial questions were around the impact of Brexit on our higher education system. Jo stated that “for the time being, we are still full members and can still communicate”, longer term Jo talked about the value of existing partnerships and is ensuring that they continue. Jo echo’ed the thoughts of Chi in the earlier session by saying that there would be no caps put on the number of international students coming to study here, and that there also isn’t a cap planned for the number that can transition into work here post-study. Jo needs to see a demonstrable link between research and economic growth as the UK has historically been less successful at commercialising work than the likes of Germany or France. Jo then again alluded to the strategy Chi talked about earlier and stated that the industrial strategy has higher emphasis on innovation and how to make more bang for our buck.

The final section of the day was with a panel led by Stephen Metcalfe MP, the chair of committee of Science and Technology and one theme of questions that came up over and over was Brexit. This was my biggest takeaway of the day. Brexit came up in every section of the day despite the event being focussed on science and technology. With so many uncertainties about what will happen over the next few years, i’m worried that we’re slowing down with innovation and not progressing forward in scientific fields at the rate we were before Brexit was in our vocabulary. This needs to be addressed, and quickly, because the Brexit cloud is overshadowing all of the good work that is so vital to maintain our position in the world’s scientific eco-system.

Email Ian here for further info or tweet him at @LeBruce