By Marie Montondo25th April 2016 No Comments 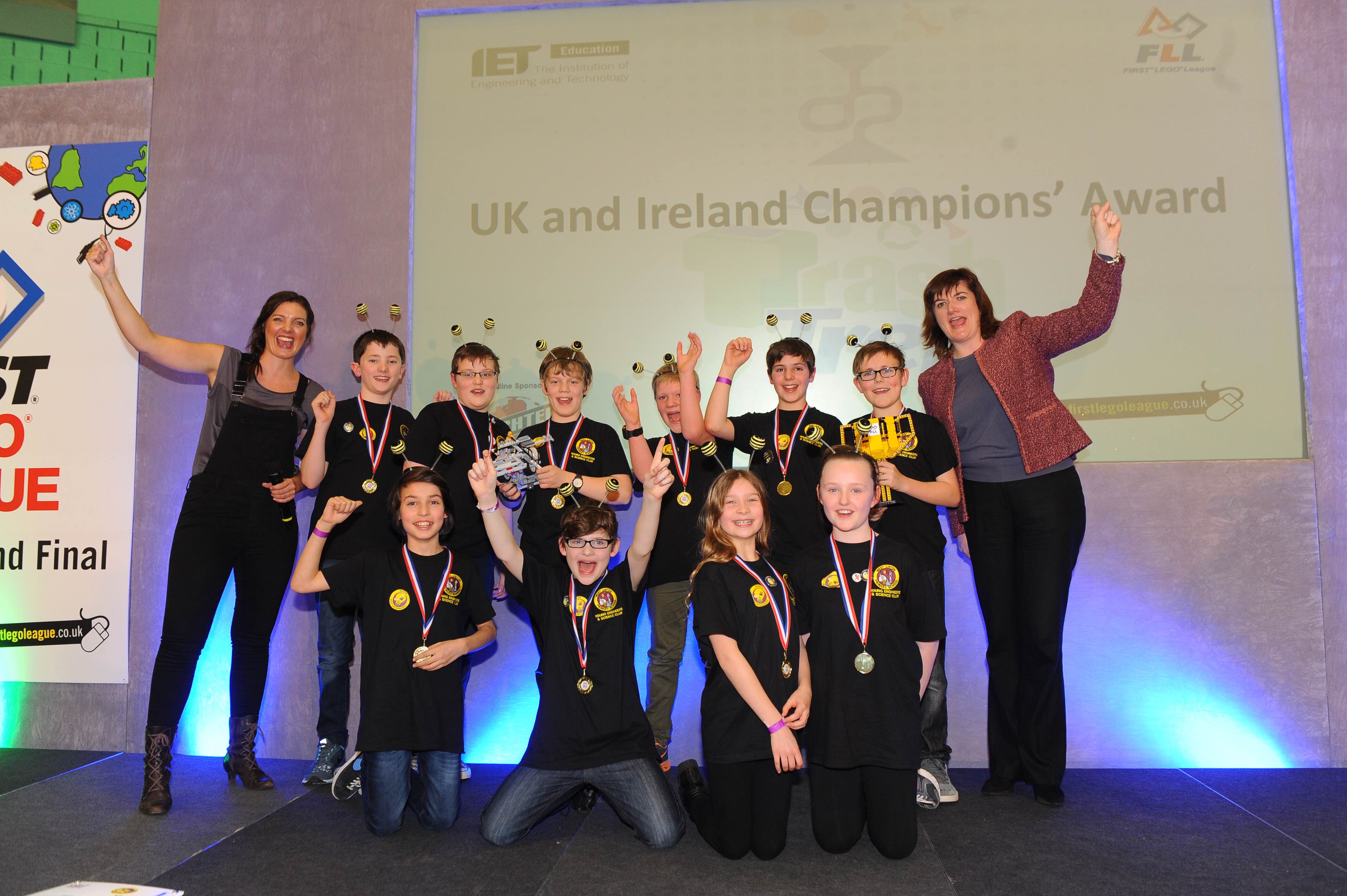 The West Linton Wasps will represent the United Kingdom in the World Finals of the FIRST LEGO League, which is being held in St Louis, Missouri, USA this week.

The team, from West Linton Primary School in the Scottish borders, won a coveted place in the finals by winning the Institution of Engineering and Technology’s FIRST® LEGO® League (FLL) UK and Ireland Final.  At this competition, they saw off fierce competition from 43 other teams from accross the UK and Ireland.

FIRST® LEGO® League, which is aimed at 9-16 year olds, tasks teams to solve real world problems with the help of a robot. This year’s challenge requires young people to identify a real-world problem in the way that waste is dealt with, investigate it and come up with an innovative solution. They also had to design, build and program an autonomous LEGO MINDSTORMS robot to tackle a series of waste-related missions.

The West Linton Wasps impressed judges at the UK finals with their advanced robotics skills, as well as their project, which investigated the problem of wasted vegetables from school lunches. After finding that 60 per cent of vegetables were being wasted, the team introduced an incentive scheme where children earned tokens for eating vegetables, which earned prizes for each class. The school has seen a 47 per cent reduction in wasted vegetables and hopes to extend this scheme to other local schools.

More information about FIRST® LEGO® League and its world championships may be found at the FIRST Championship website.