Ruth Davidson MSP, Leader of the Scottish Conservative and Unionist Party, delivered the final speech of our series with the title, “A Union Revived”. Ms Davidson used her lecture to argue that the referendum debate provided an opportunity for Scots, and also those living elsewhere in these islands, to look again at what Scotland and the rest of the United Kingdom gain from their 300-year old partnership.

Ms Davidson opened her speech by reflecting that David Hume’s call for scepticism and empiricism struck a chord with Conservative beliefs, but that they contrasted with the ‘razzle dazzle’ of the nationalist cause. This, she suggested, was a contrast all the stronger with the United Kingdom often unwilling to wear its patriotism on its sleeve.

However she maintained that, although it was perhaps more challenging to make the case for continuity as opposed to radical change, the Union was a magnificent thing.

A Union Revived  Ruth Davidson at the Royal Society of Edinburgh on 13th February 2014  speech here. 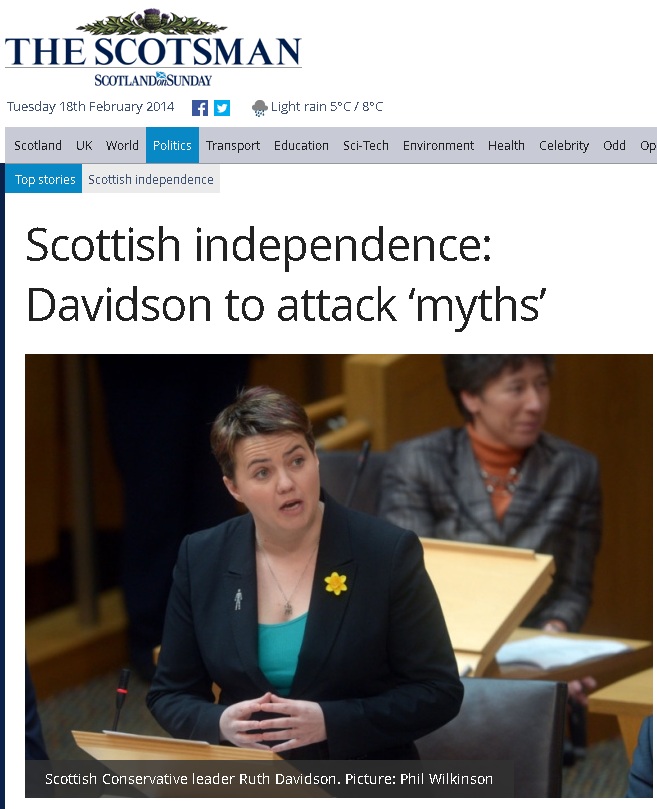