Johann Lamont MSP, leader of the Scottish Labour Party, perhaps in response to accusations of too much negativity in the Better Together campaign, explained her optimism for a Scottish future where a progressive movement across the UK could tackle the important issues of inequality in education, health and employment.

At the beginning of the speech, Lamont discussed her Hebridean background, in a Gaelic speaking family, and the surprise often shown by people who would assume that a connection to the islands would make one a nationalist. She countered that her understanding of inequality and injustice in Scotland made her a socialist, not a nationalist.  Clearly stating that she spent her life standing against nationalism Lamont commented; “Geography and identity didn’t determine those who had power and those who didn’t.” Throughout the speech, Lamont touched back on the idea that inequality in Scotland cannot be addressed by “simply erecting a border”, at one point stating she did not believe the notion that Scots would “unite behind a bold and progressive vision once we have thrown off the shackles placed on us by our neighbours”.

Click here to read the rest of the report

‘The Optimism of Politics’ Johann Lamont at the Royal Society of Edinburgh on 22nd January 2014  speech here.

Click here to hear audio of the speech as well as the Q+A recorded at the event. 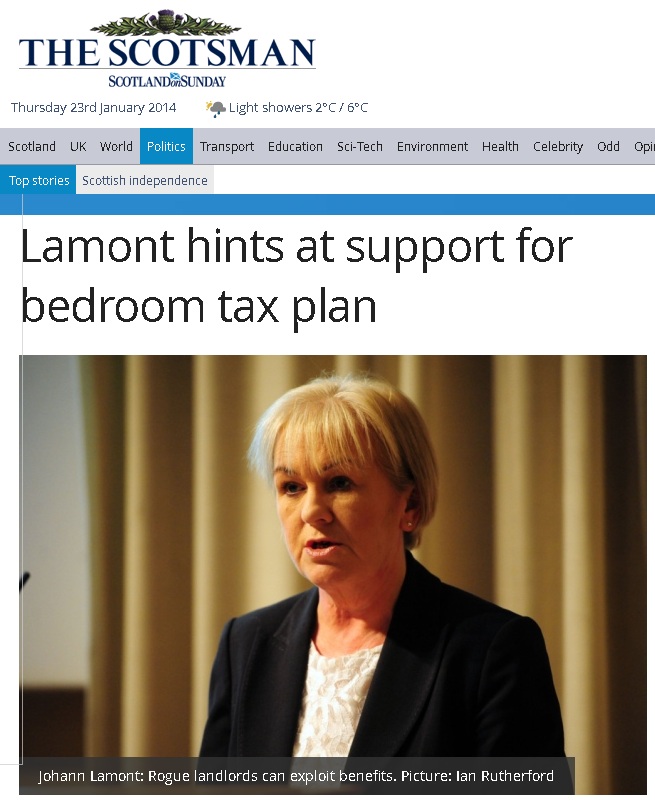