In memory of Sasha Kagansky

By Marie Montondo6th January 2021 No Comments

We are deeply saddened to hear of the death of YAS Alumni Alexander “Sasha” Kagansky.

Sasha was Director of the Center for Genomic and Regenerative Medicine, School of Biomedicine at the Far Eastern Federal University in Vladivostok, Russia.  Prior to this he was a Chancellor’s Fellow at the Institute of Genetics and Molecular Medicine, University of Edinburgh.  His research combined genetics, synthetic biology, biochemistry and proteomics to understand the genetic underpinnings of disease and discover new treatments.

He was a YAS member from 2013 to 2018, and was an active participant in working groups on Open Science, International Links, and Enterprise.  He was particularly passionate about collaboration between the arts and science and using these collaborations to inspire young people.  In 2016 he helped design and deliver an imaginative RSE / YAS workshop for high school students about the future of genetics research.

Sasha was also a member of the Global Young Academy, where he contributed to several initiatives including leading the production of a full-length documentary, BEYOND DISCIPLINE, which explored the interdisciplinary nature of modern science and featured world leading scientists such as Peter Higgs, as well as early-to-mid career researchers, including many YAS members.

The Global Young Academy has set up a memorial fund to help defray his family’s expenses during this difficult time.

YAS members who knew Sasha described him as energetic, compassionate, and inspiring.  He will be profoundly missed by his YAS friends and colleagues and we send our deepest condolences to his family. 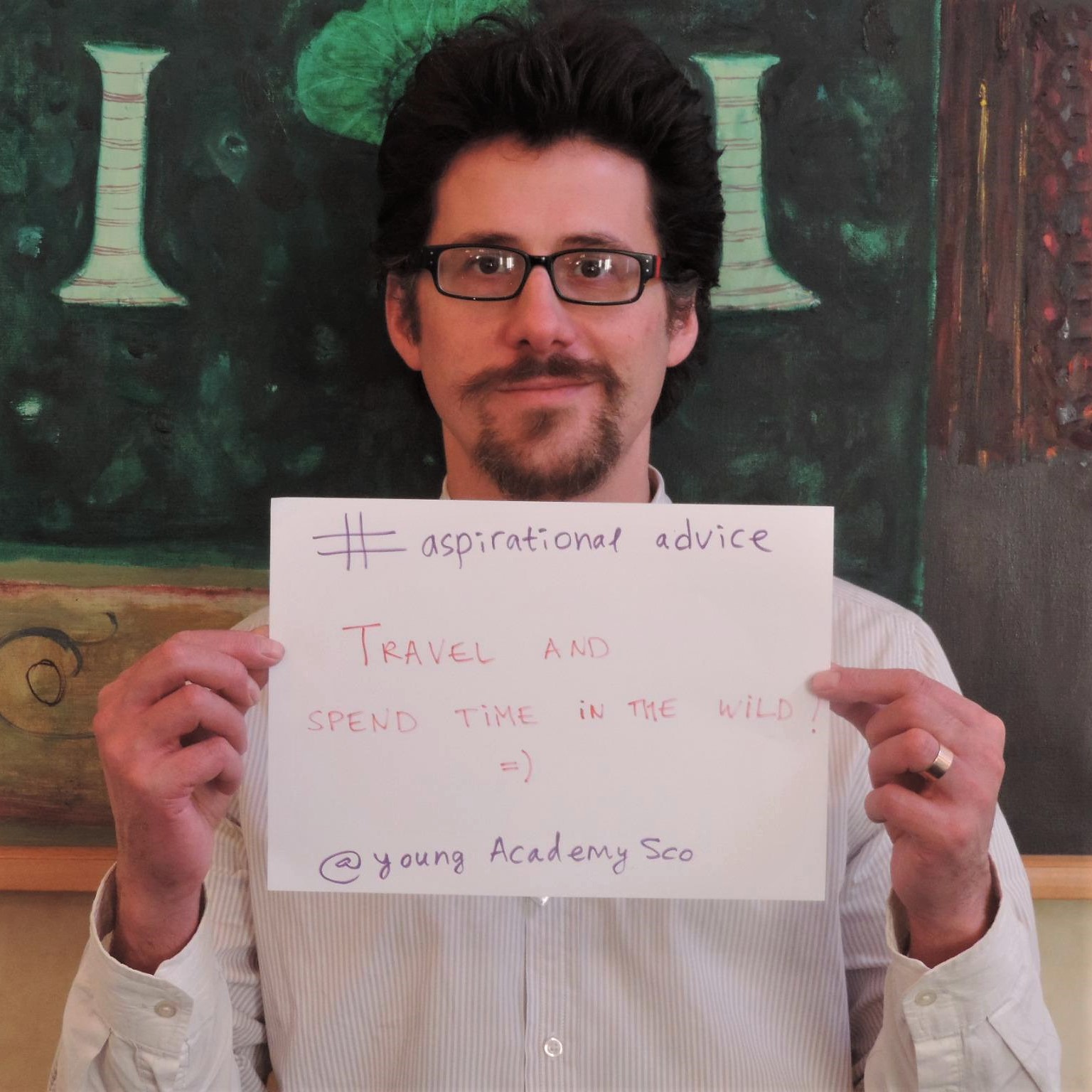 Sasha sharing his Aspirational Advice for schoolchildren in 2014.

alumniin memorymembersmemory
By continuing to browse the site you are agreeing to our use of cookies.