By Marie Montondo2nd January 2016 No Comments 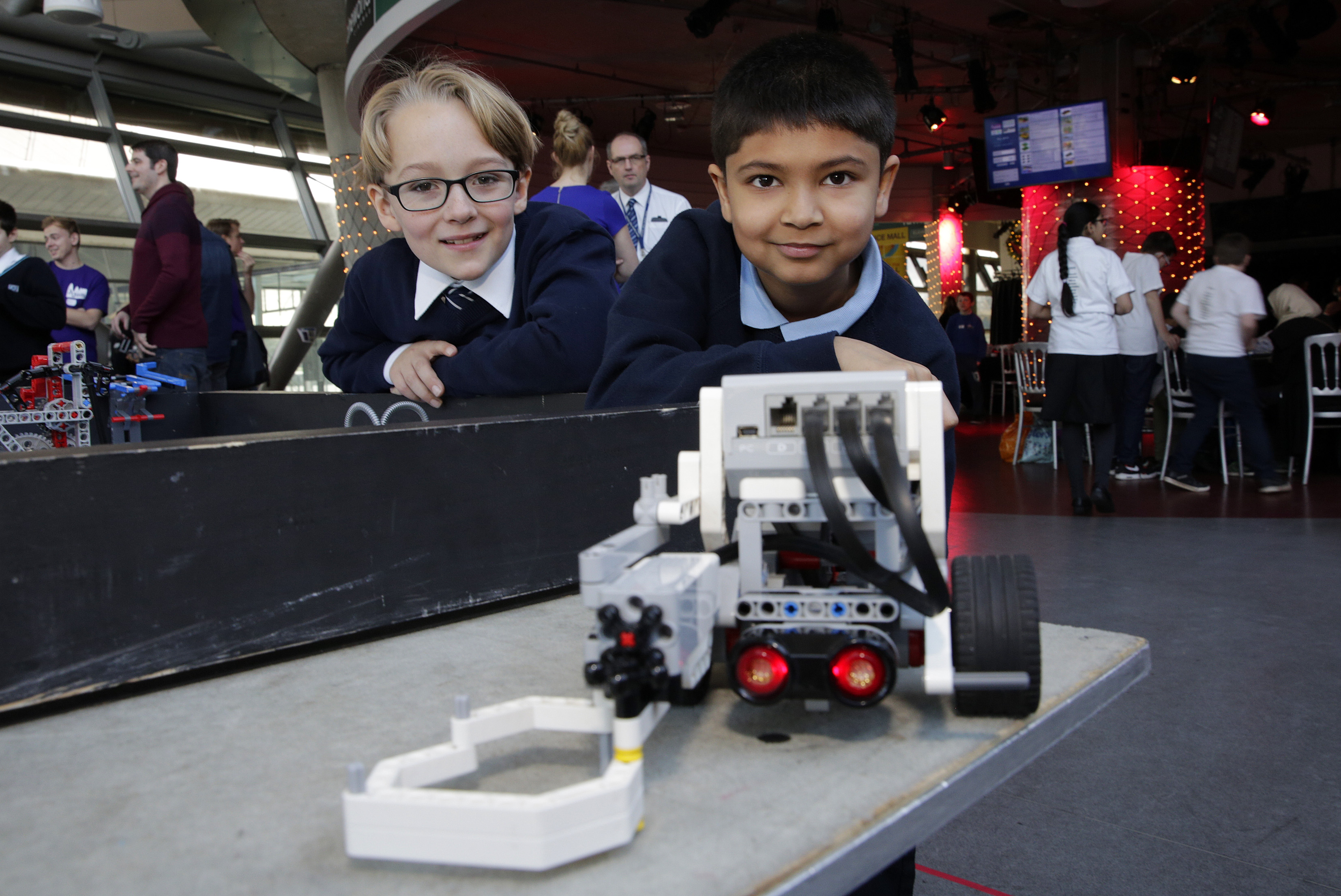 Lambda Jam and the RSE Young Academy of Scotland (YAS) have been building on the success of last year’s FIRST LEGO League (FLL) to bring the enjoyment of robotics to 1,000 Scottish schoolchildren.

The young master builders and inventors have been gearing up to put their robots and ideas to the test at tournaments across the country. This is the culmination of months of engineering design, programming, and research, led mainly by teachers with mentoring from professional engineers and university academics.

The excitement kicked off at the Glasgow Science Centre on the 8th December with the World Champion of Robot Wars coming to judge the mechanical designs. Teams from Ayrshire, Dumbartonshire, South Lanarkshire, and Glasgow had all completed several robot missions, and at the event they showcased their designs and their inventions. Williamwood Academy won the robot game competition.  Dunard Primary won the research project competition.  The overall champion was St Joseph’s (Busby) Primary School, scoring high in all categories.  St Joseph’s will be going on to the UK national finals, together with their coach from St Joseph’s primary and their engineer mentor from JP Morgan. 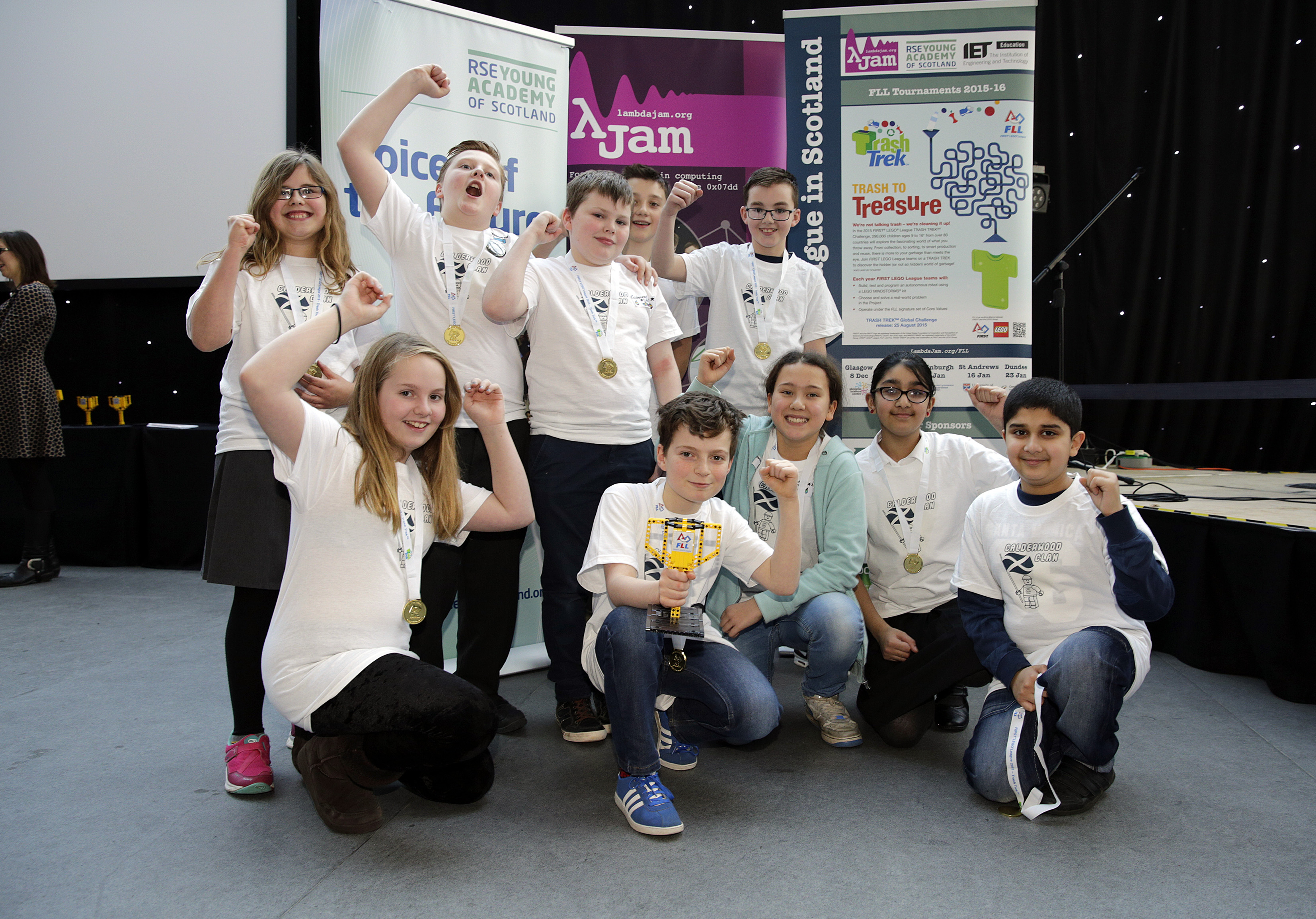 Scotland’s top universities will be playing host in the coming weeks. Robert Gordon University’s School of Computing Science and Digital Media will welcome teams on the 12th December, followed by Moray House School of Education (9th January) and The University of St Andrews (16th January). The final Scottish tournament will be held The University of Dundee (23rd January).

Along with St Joseph’s, the winners of each of these regional tournaments will also go on to the UK national finals hosted by the Institution of Engineering and Technology, the national FLL organisers. A winning team will be selected at this event to represent the UK at the world final in St Louis, USA where regular supporters Will.i.am and Barack Obama may be in attendance cheering them on.

Organiser Laura Meikle says, “We have been running FLL in Scotland for 3 years and it continues to go from strength to strength. The appetite to take part has been phenomenal. The combination of Lego – the world’s most popular toy – with technology is definitely part of the appeal. However, it’s the focus on a major world issue which really draws a diverse group of children, making it a unique STEM initiative.” 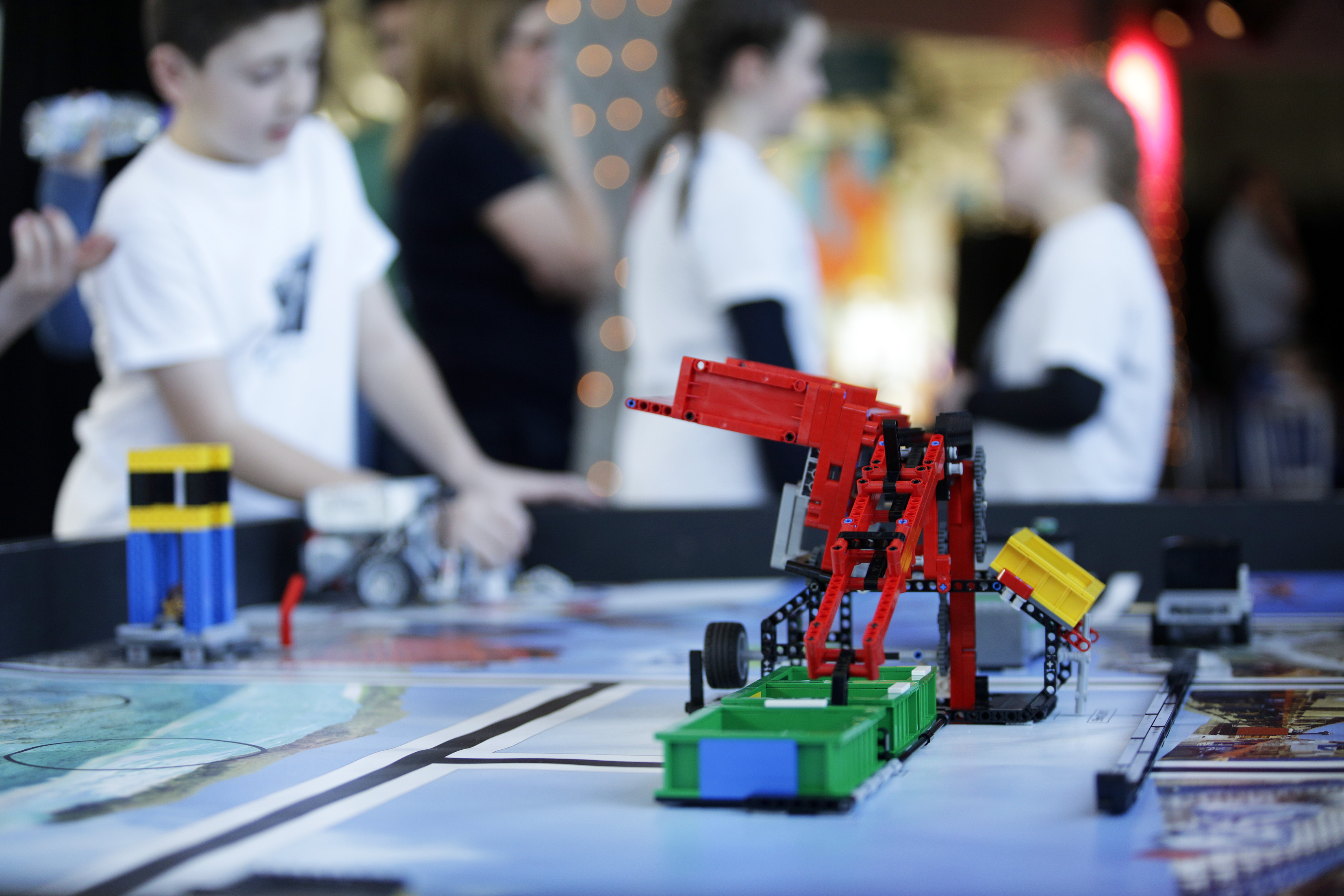 Working in teams, children aged 9 – 16 have spent three months designing, building and programming Lego robots which are capable of tackling a variety of set missions. This season’s missions have been centered on the theme of TRASH TREK℠, which has encouraged participants to think about the world’s problem of waste.

In addition to creating the robots, the teams have been set the challenge of identifying a specific problem with the way people make or dispose of rubbish. They will create innovative solutions in response to this challenge. This aspect of the programme is designed to help participants realise the potential they have to change their communities and improve the lives of others.

A primary focus of YAS and Lambda Jam has been to broaden participation in FLL and this programme is the perfect platform to ignite an interest in engineering and computing.  A bursary scheme was set up to provide the children with robot kits, training and support. Priority was given to teams likely to have limited access to resources and those with a majority of female participants. Skills Development Scotland were keen to support the programme as part of their Digital World campaign, which aims to change attitudes and promote careers in the digital technology sector. 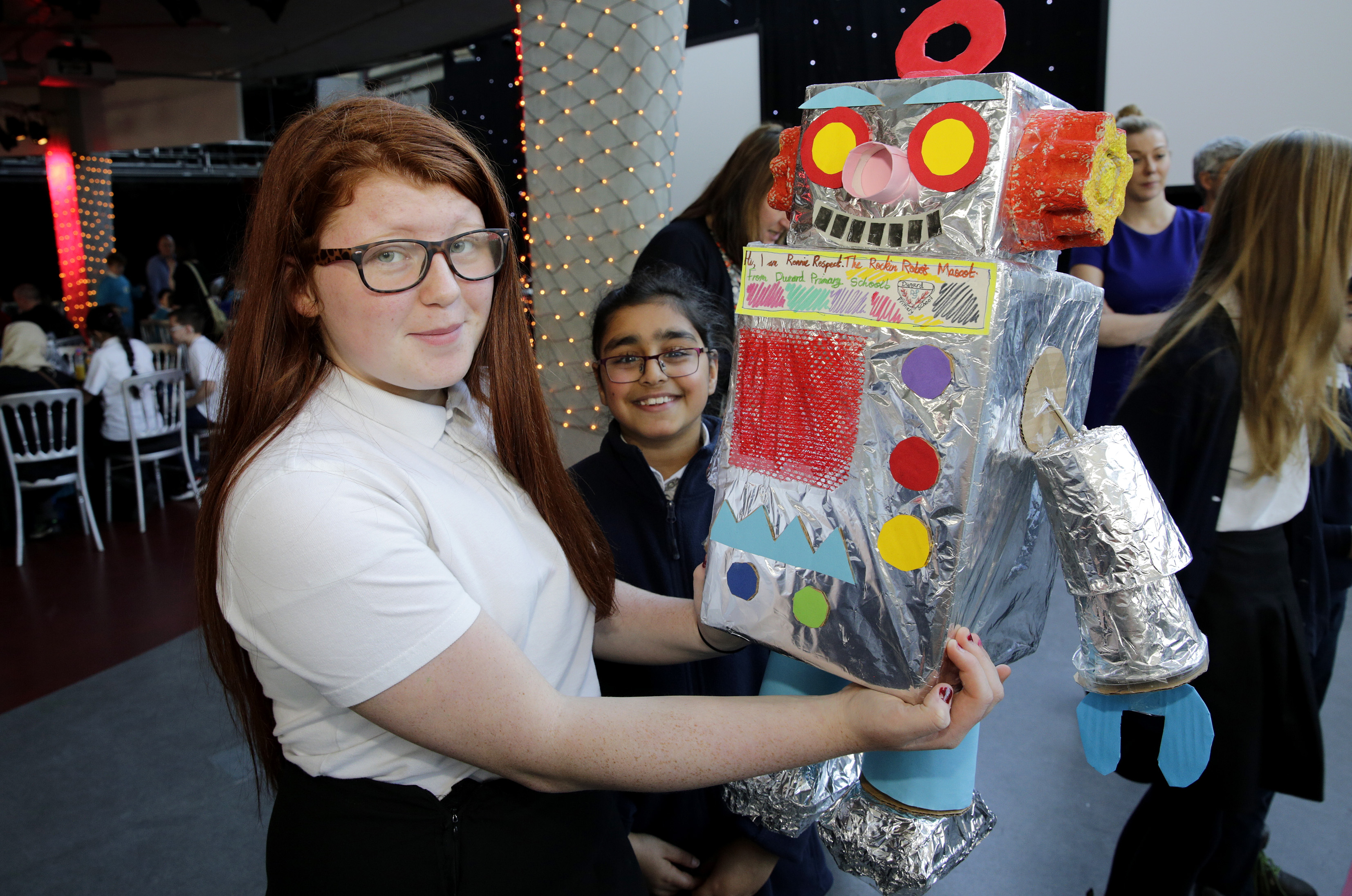 YAS member and FLL organiser Fiona McNeill commented, “At the Young Academy of Scotland, we are really focused on helping kids to access the amazing possibilities in technology and engineering – industries which are crying out for enthusiastic people and which see thousands of jobs go unfilled.  FLL is fantastic for helping kids see how exciting and creative engineering and programming can be.”

ComputingEngineeringFirst Lego LeagueschoolsSTEM
By continuing to browse the site you are agreeing to our use of cookies.