By Young Academy of Scotland18th July 2017 No Comments

In 2016 the Young Academy of Scotland became the first young academy in the world to introduce at-risk academic and refugee (ARAR) professional membership. Now, one year after its conception, YAS has released its Year One Report on the initiative. 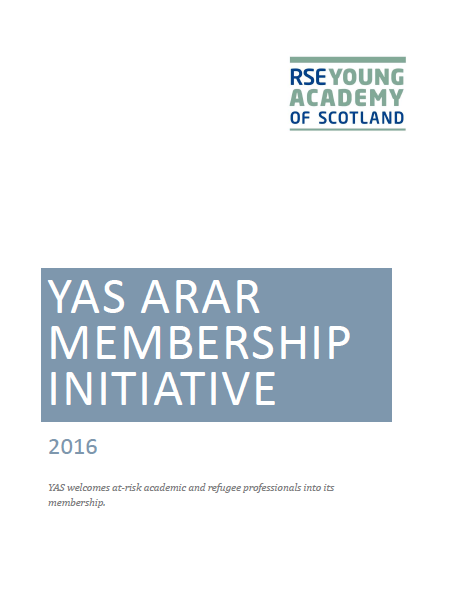 The ARAR initiative was founded by YAS member, Dr S. Karly Kehoe who has led this review assisted by our four ARAR members recruited last year from Syria, Yemen, Iraq and the Democratic Republic of Congo.

The initiative has been highly successful so far and YAS hopes to continue it in future years – Dr S. Karly Keohe recently spoke about the ARAR initiative at the Global Young Academy (GYA) AGM; this has prompted several similar initatives in other young academies across the globe, and further illustrates the great impact of this amazing project.

You can download and read the report here and for further information on the project, please contact us at info@youngacademyofscotland.org.uk