By Young Academy of Scotland22nd April 2015 No Comments

Since January the Young Academy of Scotland and partner organisations across Scotland have been running an #AspirationalAdvice campaign on social media. This campaign has been asking all Scots to share a piece of advice to young people that will help them aim high, dream big, lift their aspirations and achieve their hopes and goals. These bits of advice have then been photographed and the images shared on Twitter and Facebook using the hashtag: #AspirationalAdvice.

The campaign will run up until the start of Scottish school exams at the end of 28 April and has had contributions from well-known Scots such as Nicola Sturgeon and Heather ‘the Weather’ Reid as well some great contributions from academics, sports stars and professionals.  Since it started in January many more organisations and individuals have joined this campaign.

As part of the campaign the Young Academy of Scotland launched a competition aimed at young people of school age using the hashtag #AAComp.  The Young Academy offered young people the opportunity to choose their favourite pieces of advice and have a chance to win up to £50 in revision book prizes kindly donated by Leckie & Leckie.

The winner of this prize was Jordan Logan who entered via his National 5 English class teacher, @carriemccune02. Jordan chose advice offered by another one of his teachers @MissPotts14.  To find out more about the advice shard and advice which young people are finding interesting, check out the hashtag on twitter.

Since the campaign launched, educational publishers Leckie & Leckie have been magnificent supporters of the challenge of offering students good advice and asking students what advice they have found useful. To that end the publisher have offered up two more opportunities to win up to £50 of revision books.

To give your class the chance to win, choose your favourite piece of #AspirationalAdvice. Then, in reply to the tweet or Facebook post, say why you like this piece of advice the best. Don’t forget to include the hashtag #AAComp so that our judges can find your entry!

Entries for this second phase of the competition will be accepted up until Friday 12th June.

A panel of made up of members of the Young Academy of Scotland and Education Publisher Leckie and Leckie will judge the #AspirationalAdvice entries.  Entries will be assessed on originality, value, and weight, and the winning participants will recieve £50 worth of Leckie and Leckie revision books for their school. 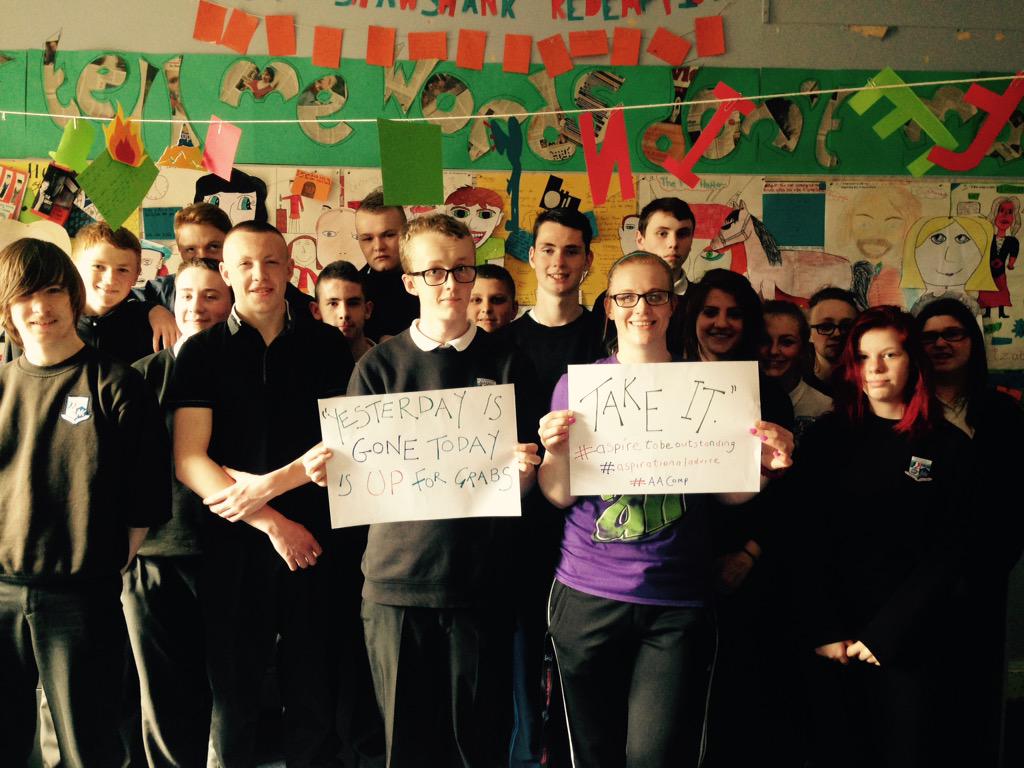 AspirationalAdvicecompetition winners
By continuing to browse the site you are agreeing to our use of cookies.