By Marie Montondo26th July 2016 No Comments 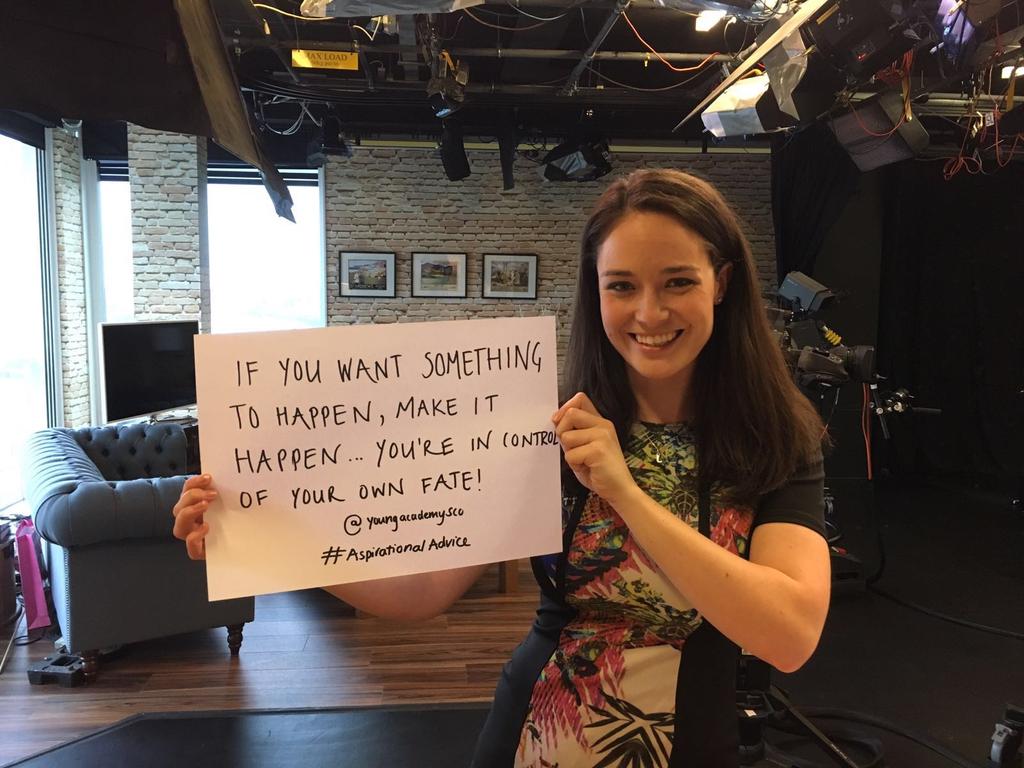 Over the past two years the Young Academy of Scotland and partner organisations across Scotland have been running the #AspirationalAdvice campaign on social media.

This growing bank of advice has helped many to aim high, dream big, lift their aspirations and achieve their hopes and goals. All of the advice has then been photographed and the images shared on Twitter and Facebook using the hashtag: #AspirationalAdvice.

The campaign has had contributions from various people from media figures, politicians, academics, sports stars and many different professionals and people living in Scotland and beyond.

Now, as this campaign reaches its final weeks for 2016, the Young Academy will be offering schools the opportunity to choose their favourite pieces of advice and have a chance to win book vouchers provided by the Young Academy of Scotland Excellence in Education Working Group.

To give your class, school or community club the chance to win between now and the end of August all you have to do is:-

Work with your school and its community and business partners to tweet out as many further pieces of #AspirationalAdvice from your own area and people living in it as you can.  Whose advice would you want to share?  What advice would help young people in your area the most?

Our judging panel will review the various pieces of advice and chose a winner from participating schools and community clubs.  Our panel will be looking at the quantity of pieces of advice gathered and moreover the quality of the contributions from communities across Scotland.

Just remember to copy in @YoungAcademySco and use the hashtag #AspirationalAdvice

Include the hashtag #AspirationalAdviceComp in your reply so that our judges can find your entry!

Entries will be accepted up until midnight on Monday 24th October and the winners shall be announced soon thereafter.

AspirationalAdvicecompetitioneducationsocial media
By continuing to browse the site you are agreeing to our use of cookies.