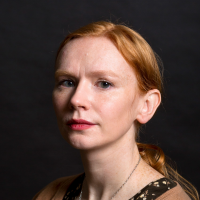 After completing a BA in History at UCL and some further years working in Europe and Asia, Miranda returned home to complete her MSc, PhD and several fellowships at the University of Edinburgh. She is now an Honorary Fellow of the University of Edinburgh and an Anniversary Fellow in Philosophy and Literature at the University of Stirling. Miranda believes in the mind-expanding value of engagement with the arts and humanities. Her research focuses on cognitive approaches to literature and culture. Leverhulme Trust funded research on her book The Renaissance Extended Mind (2015) which examines Renaissance notions of the mind as extended across brain, body and world. This in turn led to the History of Distributed Cognition project (AHRC) whose four edited volumes examine this notion from classical antiquity to the early twentieth century (EUP 2018-19). Miranda also initiated the Palimpsest Project (AHRC) which geolocates literary texts set in Edinburgh (www.litlong.org).