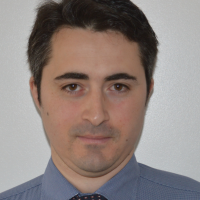 Giuseppe Pezzini is a Lecturer in Latin at the University of St Andrews, which he joined in 2016 after research fellowships at Magdalen College Oxford and the Institute for Advanced Study in Princeton. He holds a BA and an MA in Classics from the Scuola Normale Superiore in Pisa, and a D.Phil. from the University of Oxford. He worked as an assistant editor for the Oxford Dictionary of Medieval Latin, and has published especially on Latin language and literature, classical theatre, and the history of classical scholarship. He is one of the founders of the London Encounter, for which he has curated exhibitions on John Henry Newman (2014) and Oscar Wilde (2015). He is a proud European citizen and father of three children, and has a special interest in the relation between Scotland and (the rest of) the EU, as well as in the diversity of education across Europe.