Covid-19: Can the music industry recover?

By Marie Montondo27th November 2020 No Comments

TL;DR: Concert halls and music venues have now been closed in Scotland for the best part of a year, and the industry is on its knees. Despite noble online efforts, it is a sector that relies on live audiences — who will need to pay for it, if it is to survive.

When the Prime Minister announced a UK-wide lockdown in March this year, the nation’s theatres and concert halls closed their doors. And in Scotland, they have still not reopened. This has had a devastating impact on a sector and a country whose cultural reputation hinges on a series of annual prestigious festivals. Edinburgh’s Lyceum Theatre announced in May that it would go into hibernation until at least 2021, and The Traverse followed suit in July, along with news that a third of its staff would be made redundant. In October, despite a lifeline of £750,000 from Creative Scotland’s Performing Arts Venue Relief Fund — which did safeguard a small number of jobs — Perth Concert Hall and Theatre also announced more than 100 redundancies.

The furlough scheme may have saved the jobs of many, but certainly not all, and as it tapered from August to October, organisations were forced into making almost impossible choices about whose jobs to save. In the complex and interconnected ecosystem that is the live events industry, it is not just the performers who stand to lose out. Keeping venues closed means no hire fees, box office commission or bar sales, while behind the scenes the technical staff, sound engineers, lighting designers, directors, costume designers, photographers and stage crews are also languishing in no-man’s land. How can an industry support even 20% of its workforce’s wages when its income streams are cut off altogether? The live music industry is in a dangerous and untenable position: it remains illegal to host public events, yet there has not been the necessary financial support in place to keep it afloat during a protracted period of enforced closure. 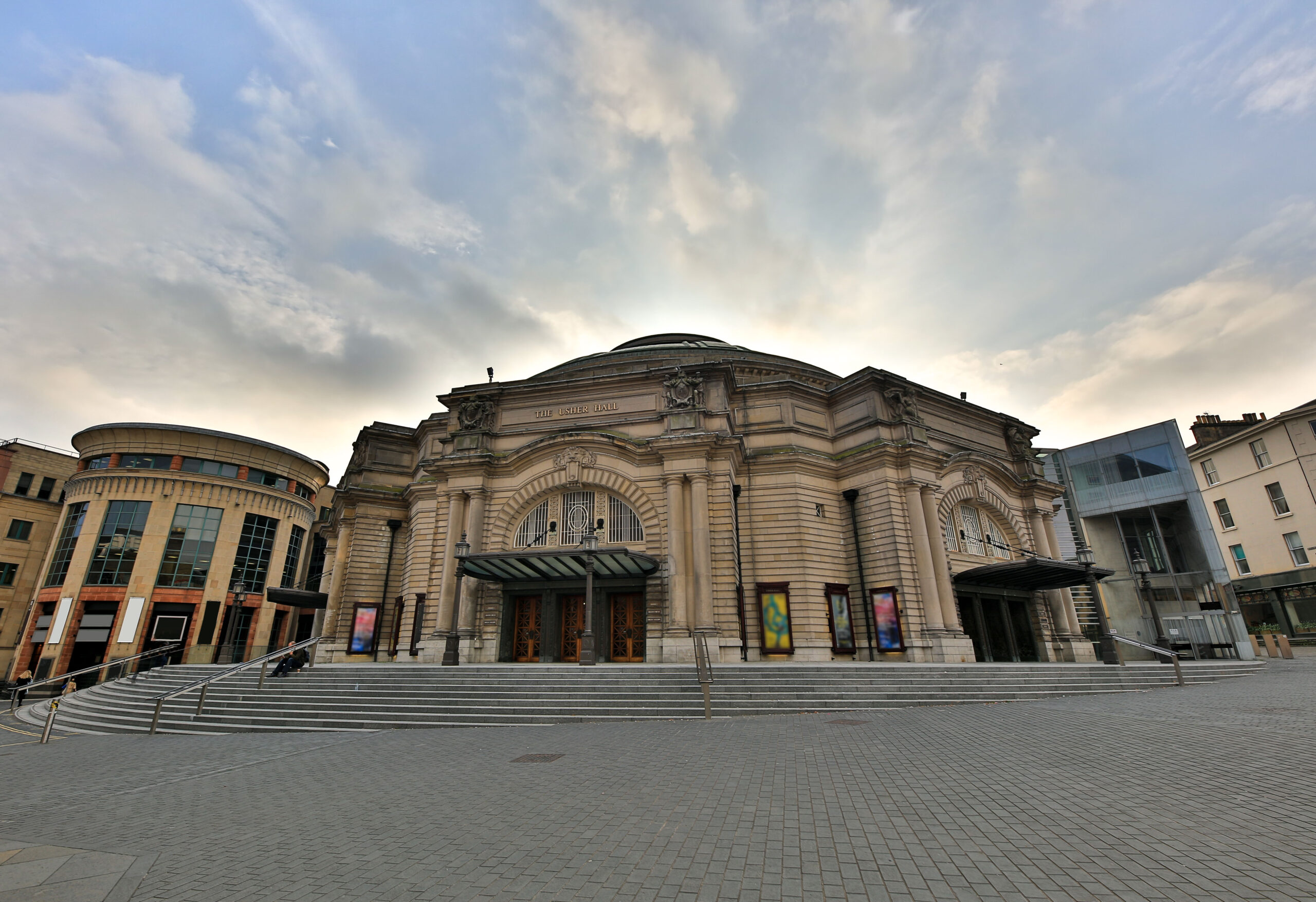 Nor is the furlough scheme the answer for everyone. Most performers, like many backstage and technical staff, are self-employed, and while the furlough scheme has been extended, the self-employment income support scheme (SEISS) is still trailing behind at a lower level. And as Excluded-UK has shown, the SEISS is not available to everyone. It is estimated that more than three million self-employed workers across the UK have been unable to access any form of government support during Covid-19, including 38% of self-employed musicians. Thousands have already abandoned ship and retrained, as civil servants, teachers, plumbers and delivery drivers — which begs the question, who will be left to perform when the world is ready to receive them?

As the rest of Scotland’s leisure, retail and hospitality industries limp back to life — with restaurants, cinemas and shopping centres able to open their doors to a socially distanced public — the live music industry remains silenced, the doors firmly closed. The reasons for this appear to be purely crowd-based, since initial research has shown that singing is no more dangerous than ‘loud talking’, and recordings behind closed doors are currently permitted. The Scottish Government has made clear that its priority is to suppress the virus, and that live events with audiences are only to be permitted in current Tier 1 and 0 areas. An initial indicative ‘reopening’ date of 13 September came and went, and it now seems highly unlikely that the Scottish public will be able to set foot in a concert hall before 2021.

Meanwhile in England, at least until Lockdown 2.0, some events with limited, socially distanced audiences had taken place with great success. This clearly demonstrates the industry’s ability to host carefully planned, well-managed events in a safe and responsible way, one which can bring live audiences back into the room and kick-start those all-important revenue streams once more. And it is not just ticket sales in question here: staging public events with audiences allows orchestras to claim Orchestra Tax Relief (OTR), typically in the tens of thousands of pounds each year and amounting to as much as 10% of an organisation’s annual income. HMRC estimates that this financial year, £16 million of OTR funds will go unspent (rising to a staggering £94 million when combined with Theatre Tax Relief), funds that have been specifically set aside by the Treasury to support the creative industries but which, frustratingly, cannot be accessed at their time of greatest need. 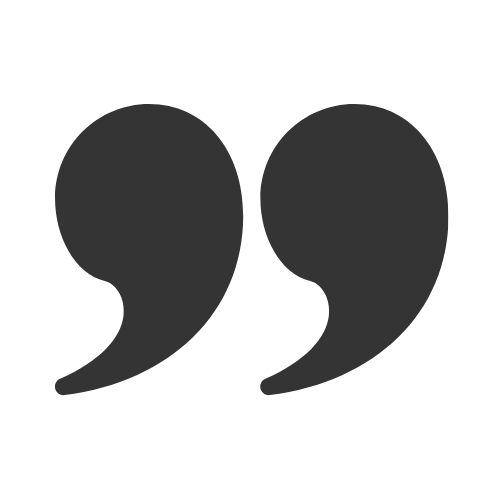 The creative industries are an adaptable and imaginative bunch, that much is clear. When lockdown began, there was an immediate flurry of new online content, swiftly and creatively assembled in living rooms and kitchens across the country.

Of course, the industry’s concerns are not just about income: for the best part of a year, huge swathes of the population have been missing out on the benefits that arts and culture have been shown to provide. At a time of sustained isolation, those that rely on music’s social benefits and mood-boosting effects are left only with online offerings to tune into at home alone. While there is much to be said for the convenience of online concerts, and while they are the best that the music sector can offer right now, the long-term impact of this cultural quarantine on individual mental health remains to be seen. This is a sector that doesn’t just entertain for entertainment’s sake, but which also leads a diverse range of community and engagement programmes in schools, care homes, prisons and hospitals, to name but a few.

The creative industries are an adaptable and imaginative bunch, that much is clear. When lockdown began, there was an immediate flurry of new online content, swiftly and creatively assembled in living rooms and kitchens across the country. In many cases, these collaborative offerings reimagined traditional performance practices in ways never before heard or seen, and seemed to prove that distance was no barrier to the creation of new work. For many, these videos also reached a new and more diverse set of audiences further afield than they could ever have hoped for through live, in-person productions. When my own team at Dunedin Consort set about creating a series of Making Music videos to help school children learn music at home, we had no idea it would generate such huge interest worldwide. To date these videos have been viewed more than 140,000 time by people across Europe, the USA, Canada, Brazil, Mexico, Australia, Japan, China, India, and the United Arab Emirates. 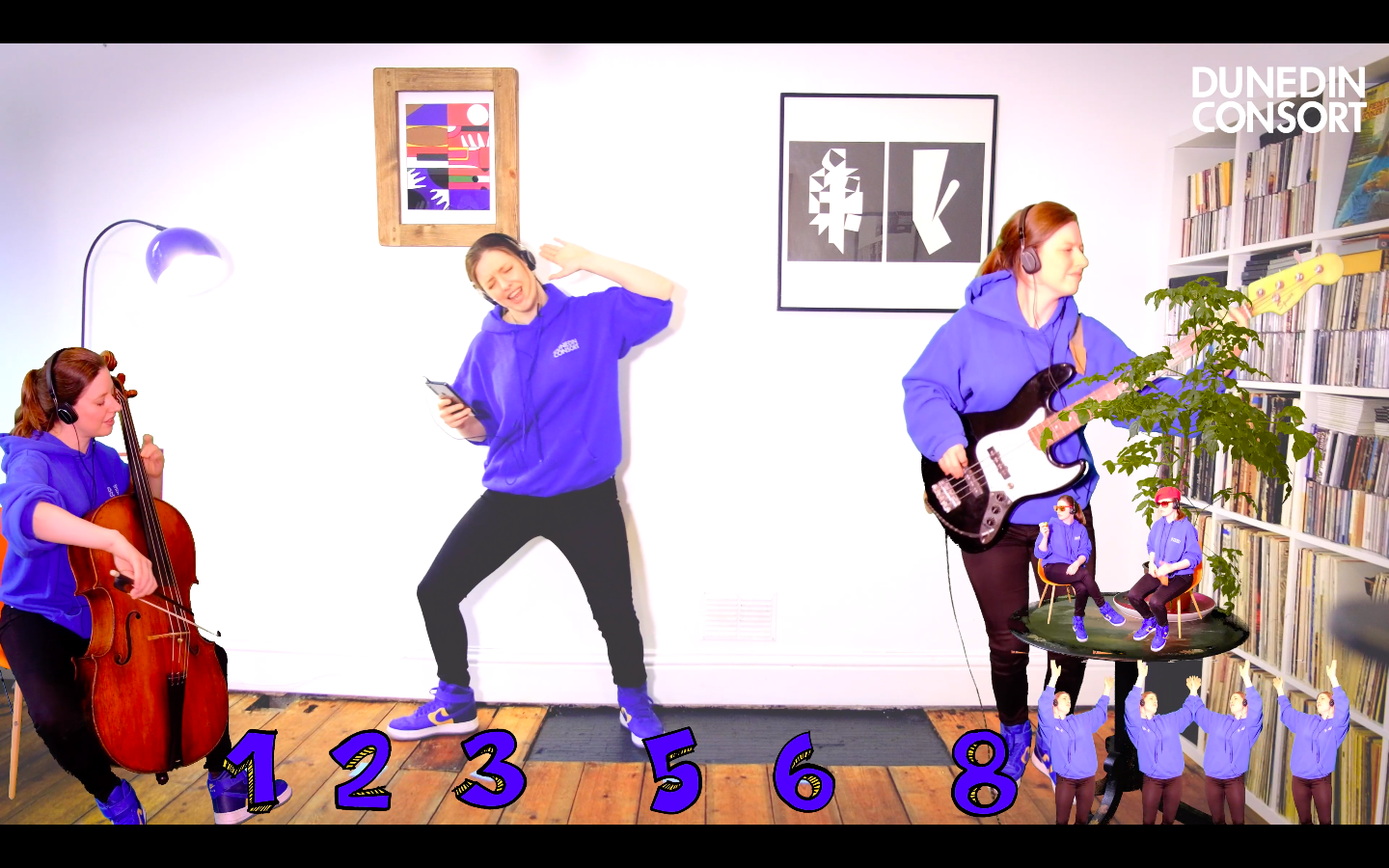 But for many the homegrown novelty soon wore off and as the months have dragged on the industry has been forced to become more creative still, repeatedly dreaming up new ways of working that can withstand and adapt to the constantly shifting parameters of our new, Covid-conscious landscape. For Scottish Opera, this meant staging performances of Puccini’s La bohème in a Glasgow car park, while Edinburgh International Festival opted for a spectacular city lightshow in lieu of its usual summer extravaganza, and others have simply had to take their performances online. And for now, at least, online is the only place to be. Live performances with audiences, indoors or out, are off limits in Scotland for all areas above Tier 1.

Moving the concert hall into the digital sphere certainly has its advantages, and as orchestras and ensembles have quickly grappled with the best format for online performances (not to mention the technical challenges) some have already discovered the benefits. Reaching audiences across the world has never been easier, and handled the right way these digital performances also present an opportunity to get closer to the music than ever before. It seems clear that whenever and however we manage to return to something resembling normal, this ‘upskilling’ will endure and organisations’ digital output will be changed for the better. But quite aside from the additional costs of mounting these online events (camera crews, audio engineers and streaming services do not come cheap) there is the huge question of income. To charge, or not charge? The question of whether or not to put performances behind a paywall has already exposed huge differences of opinion in a relatively tight-knit community, and with so much content now available to choose from, it is not an easy one to answer. This much is clear: even with generous public and private support, paywall or not, the live music industry cannot continue online indefinitely. Only 20% of audiences surveyed by Creative Scotland would be willing to pay for online content in the future. Quite simply, the numbers do not stack up. 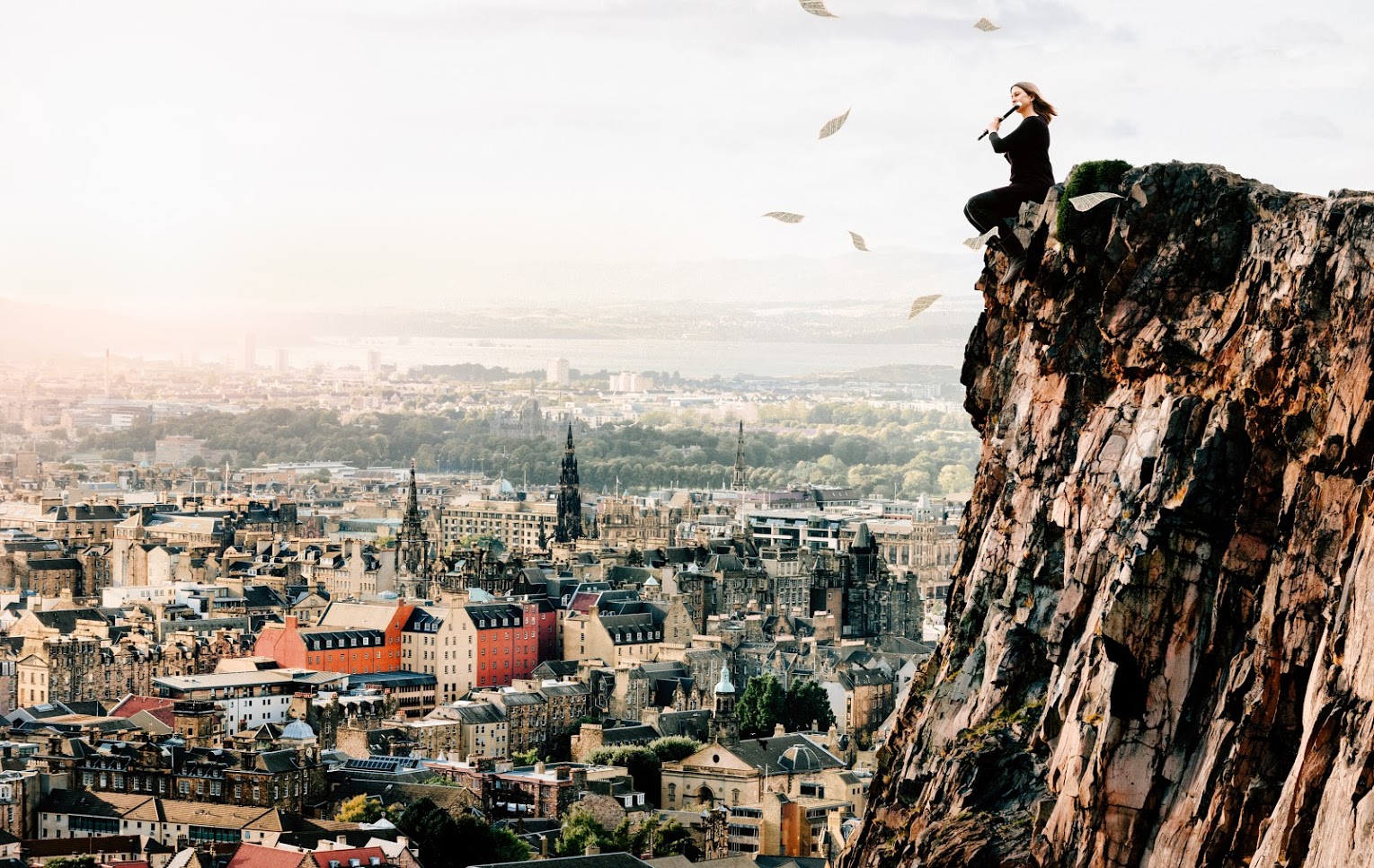 So what is the future for live music? The reality is it will take a very long time to recover. Even reopening the concert halls will not provide a quick solution — as long as any form of social distancing remains in place, most promoters cannot expect to sell the necessary number of tickets to close the funding gap, and there is evidence to suggest that many audiences will still be reluctant to return. News of not one but three prospective new vaccines is encouraging, and offers a glimpse of light at the end of a very long tunnel, but until concert halls can return to anything like full capacity, the music industry will continue to be loss-making. Diversification will help, and those who have not already pivoted to non-traditional formats (online, multi-disciplinary, community-led and socially driven) will need to make that leap sooner rather than later.

But the reality is that funding — and plenty of it — is going to be needed for longer than anyone might have imagined to ensure the industry does not collapse altogether. Creative Scotland has already announced a range of cultural recovery funds, but the majority of these funds are only accessible to those at risk of insolvency or redundancies. Those lucky enough to have money in the bank are likely to find themselves eating through their reserves over the coming months just to stay afloat. And there are serious concerns about the long-term effect on other funding streams — such as trusts and foundations, and even corporate donors — whose ability to give relies on the stability of the stock market. When the full effects of the present economic crash eventually ripple through, the consequences could be devastating for a sector that relies heavily on charitable support. If audiences truly want orchestras, festivals and concert venues to survive, they are going to have to pay for them, whether through crowdfunding, donor schemes or good old-fashioned ticket buying. This is the music sector’s moment of crisis, and it is time we recognised its value to society.